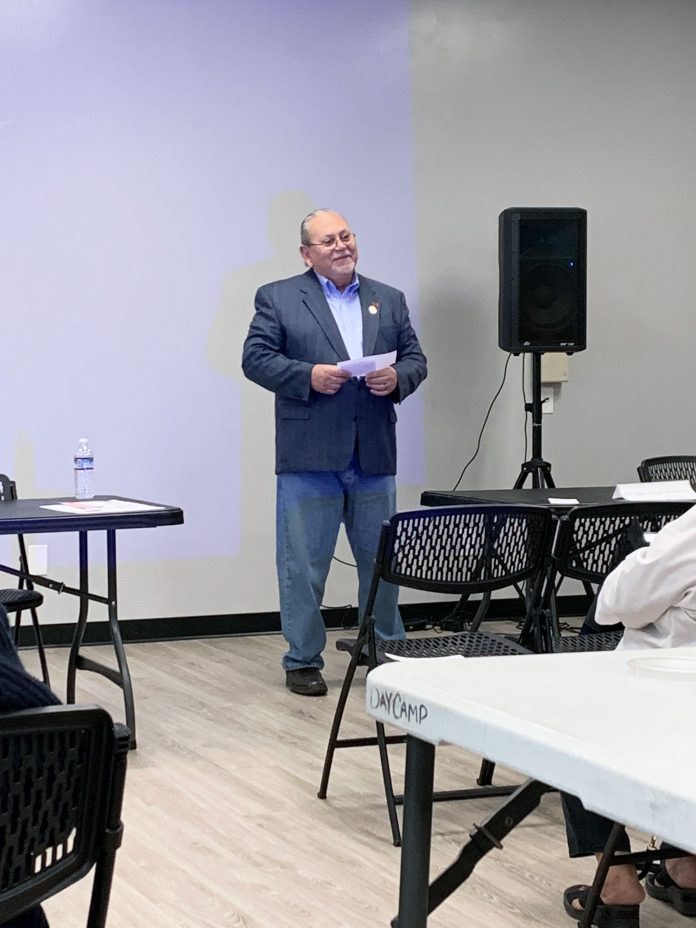 Strength in numbers was the message delivered to the Chicano community on Saturday, Mar. 16, at the Gonzales Community Center in Colton, when acclaimed author, former MAYO founding member and current activist Dr. José Ángel Gutiérrez was present to talk about his new book “The Eagle Has Eyes,” in which he discusses how the FBI attempted to use its power to ruin Cesar Chavez’s image and used illegal tactics in order to prevent any further progression in the Chicano movement during the 1960’s. He went on to say that despite the struggles they faced, which included discrimination and segregation, that is was important to stand their ground and combat against unlawfulness, and most importantly, what they believed in regardless how daunting the challenge.

The question now, is where do we go from here? Maybe all it takes to start is to find others who share your same ideals. In the many battles Gutierrez and co. faced they were never alone, they had like-minded individuals who supported them. According to Gutiérrez they all believed in strength in numbers, knowing that the chance for a brighter future was well worth any sacrifice. The author concluded that fighting for each other makes you stronger than fighting for oneself.