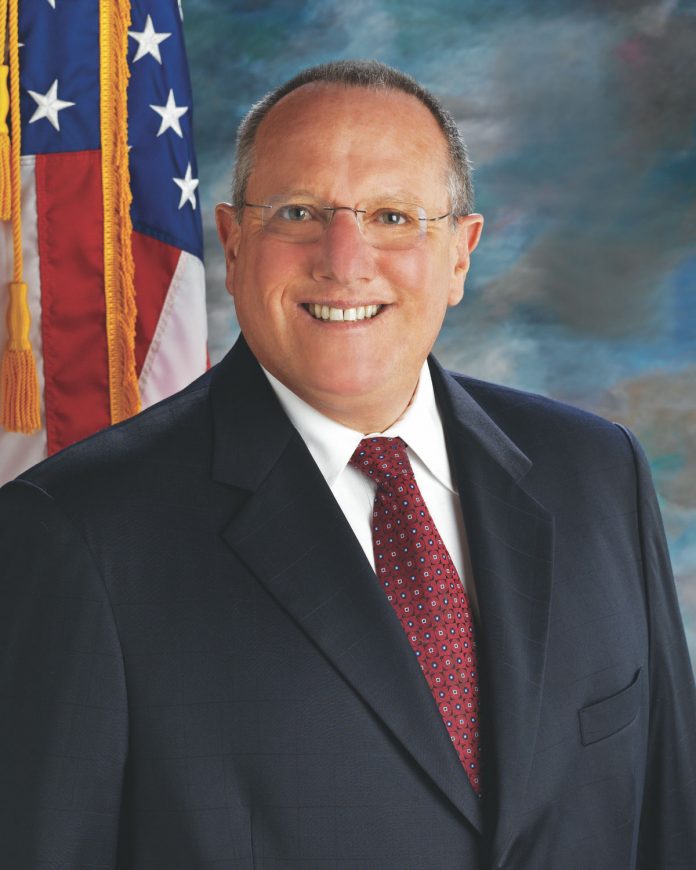 Ontario Mayor Pro Tem Alan D. Wapner was sworn in Thursday as President of the Southern California Association of Governments (SCAG), stressing the need for additional dollars to fund transportation improvements and enhance the quality of life in one of the fastest-growing regions in the country.

Wapner, who also serves as President of the San Bernardino County Transportation Authority and the Ontario International Airport Authority, has helped drive SCAG’s three most recent Regional Transportation Plans and is a leading voice on the relationship between transportation, economic opportunity and livability.

“We’re a region of 19 million people on the fast track toward 23-24 million,” Wapner said of the six counties and 191 cities that comprise SCAG, the nation’s largest metropolitan planning organization. “Making sure we have the infrastructure in place to manage that kind of growth is a critical issue that can no longer be pushed aside by those at the state and federal level who rely on us as an economic driver. The good news is the needle is moving; it’s just not moving fast enough.”

Wapner cited Ontario’s recent award of $35 million in Transformative Climate Communities funding under the state’s cap-and-trade program. Until then, Southern California had been largely shut out of the greenhouse gas-reduction program, despite representing 48 percent of the state’s population.

Wapner stressed that as the only venue with the ability to unite all cities and counties in Southern California, SCAG has a responsibility to ensure that all transportation projects connect as an interoperable network.

“I look forward to SCAG serving as a center of collaboration and facilitation to provide connectivity for transportation, environmental and housing plans for the communities it serves,” Wapner said. “Transportation is about so much more than mobility. It connects us as a region, creates economic and employment opportunities, and has a direct impact on the health and well-being of our communities.”

Key elements of the plan are likely to include:

“Southern California’s transportation system is at a critical juncture. The planning we do now will determine how we advance as a region and the opportunities that lie ahead for our children and grandchildren,” Wapner said.

He has been a member of the Ontario City Council for nearly 24 years, and a resident of the city for more than 35 years. As a representative on SCAG’s Regional Council, he has chaired the Transportation Committee, Audit Committee and the Bylaws and Resolutions Committee.

Wapner had a leading role in regaining local control of the Ontario International Airport, and as President of the Airport Authority, he has overseen a resurgence in passenger and cargo traffic, the arrival of trans-Pacific flights and the return of JetBlue.

A retired police sergeant of the City of Ontario and an Ontario business owner, Wapner graduated from the University of Southern California, where he received his bachelor of arts degree. He received his Law Degree from Whittier College School of Law.

Wapner and his wife, Judi, have five children and three grandchildren.