Nonprofit group United Nations of Consciousness is hosting an art event that intends to blend creativity with social activism.

The ‘Artivism: Powered by the People’ event is scheduled to take place at the Anne Shirrells Park Community Center in San Bernardino on August 11 and will feature work from artists, as well as musical performances from local groups.

“This is a ‘Do it yourself’ type of event, where artists and residents can create their visions through action,” Norwood said.

The event is part of the #SchoolsNotPrisons campaign, which is focused on transforming institutions to lower youth incarceration rates and school suspensions.

Larry Jones Jr., 25, of Rialto believes he’s always had the talent to flourish in the creative arts. He spends his days painting murals for local schools, producing hip hop music, and designing clothing.

“I spent my youth drawing all the time,” Jones Jr. said. “But I really began to get into the arts about two years ago. I wish I would have done it sooner.”

Jones Jr. is among the dozens of artists that will be showcasing their work at the Artivism event.

“I think United Nations of Consciousness provides a great platform for diversity in arts,” he said. “Honestly, their events are fire (the millennial term for great or excellent). I’m excited to be working with them.”

Better known through his artist name “Wet Paint Larry”, Jones Jr. is becoming a standout in the local arts scene. It’s hard to miss Larry; he drives a van that’s covered in vibrant graffiti that features nostalgic images from the 1990s.

Jones Jr. said his art is driven by the romanticism of simpler times and the ambience of nature.

“I like to do a lot of colorful pieces to catch the eye,” said Jones Jr. “I like to also give people a perspective of their younger days–when things were easier for us young folk.”

The young aspiring entrepreneur confirmed he’s currently working on opening a daycare and community center for youth and an arts studio to promote more community building in Rialto.

“There’s currently so much talent here, but no platform,” expressed Jones Jr. I hope I can do something to change that.” 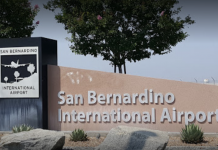 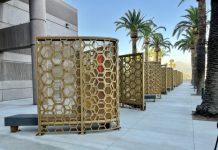