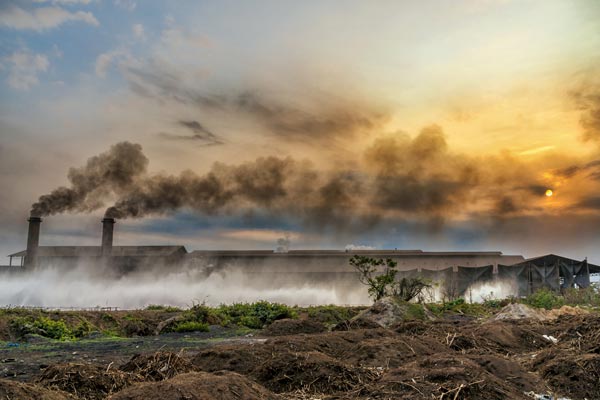 By Faraz Rizvi is an organizer and writer from the Inland Valley Region. He graduated from the University of California, Riverside in Political Science and currently serves as a Coordinator for the Center for Community Action and Environmental Justice (CCAEJ).

For the past 5 years California has experienced some of the hottest summers on record.  Multi-year droughts combined with near hurricane force winds during Santa Ana conditions have increased the threat of raging wildfires. As extreme weather and natural disasters have become increasingly common, The California Public Utilities Commission (Commission) is about to make an important decision that could reduce California’s dependence on fossil fuels and reduce the longer term risk of more intense wildfires.  The upcoming decision would require the largest procurement ever of clean energy resources in California in what is called, by the Commission, a mid-term procurement plan (2023-2026). This juncture is a critical moment for the Commission to be bold and take decisive action to make a renewable clean energy future a reality.

About 11,000 MW of renewable energy generation from wind, solar and other sources will be included within the midterm procurement.  While this is a step forward,  much of that will be undermined by maintaining reliance on an outdated system that allows for new and existing fossil fuel generation to be a core part of the energy portfolio.

The calculus of the decision making by the PUC seems to be prioritizing near term reliability over the long term goals of reaching statewide carbon free power generation by 2045 or earlier. No doubt the Governor wants to ensure that the lights stay on during the summer, but this overcautious approach by the PUC is the wrong approach to transforming our energy future.

Of particular concern is the impact that any new fossil fuel generation will have on frontline communities in areas such as San Bernardino, Bloomington and Colton, which is already home to three power plants. By allowing for new fossil fuel generation the Commission will be endorsing maintaining our reliance on a dirty and dangerous system that is the primary contributor to climate change, negatively impacting both the environment–further exacerbating extreme weather event conditions–and the health of frontline community members who are already burdened by so many sources of pollution, from diesel trucks, freight, and power plants.

As the Commission begins the process of developing the new energy resources we will need, they need to make it clear that California is on a fast track to a carbon-free  future. They need to understand that the fight for renewable energy is also a fight against environmental racism and discrimination that our communities have suffered from for too long.

*Views expressed in op-eds do not necessarily reflect the views of IECN.