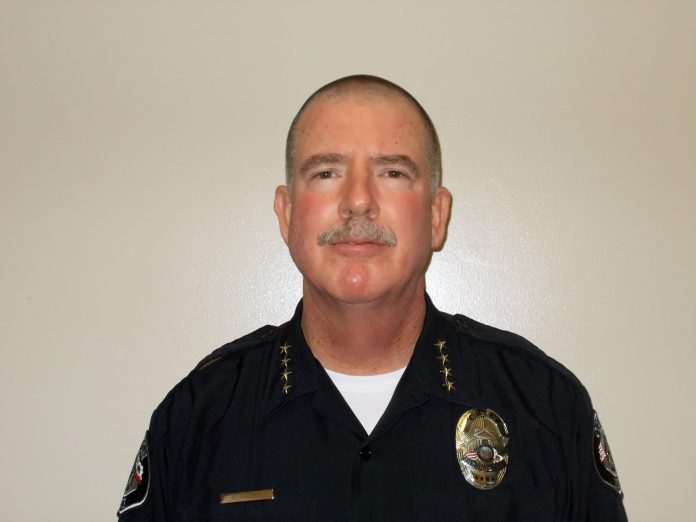 On December 8, 2018, Mike Hadden was appointed Chief of Police for the City of Colton, replacing retiring Chief Mark Owens. Chief Hadden began his service with the Colton Police Department in 1989 as a patrol officer.

In 1991, he was assigned to the Traffic Unit and in 1992 to motorcycles. Also in 1992, Hadden joined the Department’s SWAT Team where he served for ten years. In 1997, Hadden transferred back to Patrol where, along with patrol duties, he performed as a Forensics Officer and Field Training Officer.

In 2001, Hadden was promoted to Sergeant. He served various assignments supervising the Motorcycle Unit, patrol shifts, and the Gang Unit. Hadden’s last assignment as a Sergeant was as the Department’s Internal Affairs Investigator.

Chief Mike Hadden has a Bachelor’s Degree in Education from Southern Illinois University, a Master’s Degree in Management specializing in Finance from Colorado State University, and is a graduate of the California Police Chiefs Executive Leadership Institute at Drucker.