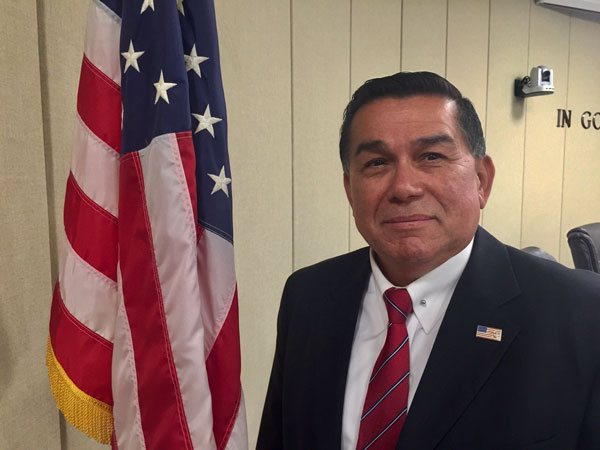 On January 21, Councilmember Isaac Suchil was appointed to mayor pro-tempore in Colton.

“Tonight we are going to appoint a new mayor pro-tem as we are required to do by city ordinance, once a year. Before we move on, I would like to thank our outgoing mayor pro-tem Councilman Cisneros for a job well done for the last year in supporting me, and representing me when I could not be there,” said Mayor Frank Navarro.

As Navarro shook Cisneros hand, he said, “Cisneros did an excellent job in the city and I received very positive feedback from residents out in the community, stating that he did a great job.”

However, Suchil also earned a nomination for mayor pro-tem by Councilmember David Toro.

“I was thinking it was Dr. Gonzalez’s turn to serve as mayor pro-tem, since he has not done it yet. However, since he is nominating Mr. Woods…I believe the next turn should be given to Councilmember Suchil. So I will recommend Suchil,” Toro said.

Navarro and a majority of the council agreed that although both are deserving of the role, Suchil was next in line to serve, due to the extensive amount of time since he last filled the role of mayor pro-tem.

According to the City of Colton, Suchil, was first elected in 2004 as the councilmember representing District 6.  Since being elected to represent District 6, he has been re-elected twice in 2012 and 2016. Councilmember Suchil has devoted over 30 years to law enforcement.  Prior to becoming a councilmember, he served as a member of the Planning Commission and the Parks & Recreation Commission.

The appointment of mayor pro-tem is one year.