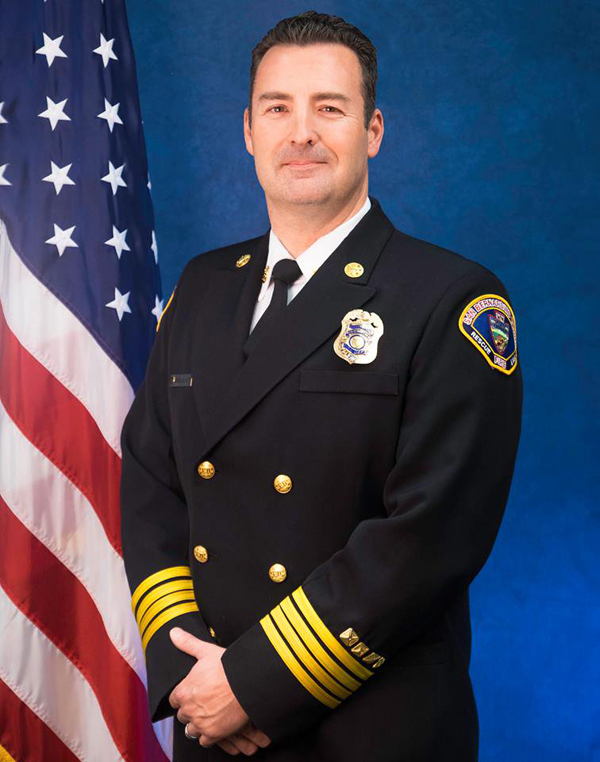 San Bernardino County Fire Protection District Chief Dan Munsey will attend the president’s State of the Union address on Tuesday as the guest of San Bernardino County Congressman Pete Aguilar. Chief Munsey said he sees his attendance as an opportunity to build upon the good working relationships the County has with federal agencies and lawmakers.

“I’m honored to have the opportunity to represent our region and San Bernardino County Fire at the president’s State of the Union address,” Chief Munsey said. “Our county depends on the relationship we have with our federal partners to ensure the safety of our residents, and I look forward to the chance to reinforce that relationship.”

“From dedicating adequate funding for public safety and wildfire prevention, to addressing the housing crisis throughout our state, the federal government has a key role to play in improving the lives of San Bernardino County residents,” said Aguilar. I’m hopeful that Chief Munsey’s attendance will serve as a reminder of the real people in our community who are affected by the decisions made in Washington. I’m grateful to the Chief for taking the time to come to the Capitol and show his support for our community.”

“The County is proud and fortunate to have Chief Munsey represent us and the public safety needs of our residents in Washington and at the State of the Union address,” said Board of Supervisors Chairman Curt Hagman. “When disaster strikes our county, the men and women of County Fire stand bravely on the front lines. It is appropriate to have their organization stand as a symbol of the value in partnerships with the federal government.”

Dan Munsey was appointed County Fire Chief in November. Munsey began his career in the fire service in 1995 as a paid-call firefighter. He became a full-time firefighter in 1998, where he was assigned to Lake Arrowhead. He has worked in every division of County Fire, promoting to captain in 2004, battalion chief in 2008, and assistant chief in March 2014.