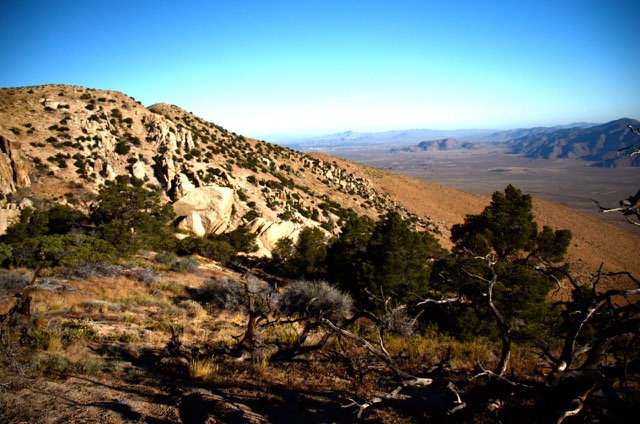 On February 28th, the San Bernardino County Supervisors are going to vote on whether to lay out the welcome mat for big solar and wind developers.

The issue is simple:  Should the Board adopt proposed Policy 4.10 as part of the Renewable Energy and Conservation Element of the General Plan (The RECE)?  Policy 4.10 would prohibit utility-scale energy projects in or next to our most sensitive high desert communities, and in Rural Living areas.  The rest of the RECE, which the Board adopted in August 2017, would still permit these large projects in the rest of the unincorporated County, if they satisfy certain criteria.

At stake is whether the rural character of our desert and mountain communities and wildlands will be preserved or turned into industrial zones with vast fields of solar panels, wind farms, substations and transmission lines/towers.  The county Planning Commission has already voted unanimously in favor of adopting Policy 4.10. The County Land Use Services’ staff report recommends adopting Policy 4.10.

At times the Supervisors have acted wisely.  In February 2016 they passed a resolution telling the federal and state authorities that the County wanted large-scale renewables funneled to five large areas. – such as Trona and Hinckley — that were already extremely degraded, and had large buffers from people who live in the area.  The Supervisors said they had “strong concern” about putting industrial-scale projects anywhere else.

Some rural counties, including Kern and Inyo, have gone farther than that, pro-actively deciding with local communities and developers on where to build, encouraging development in those locations, and protecting more sensitive areas.

San Bernardino could do that too.  But powerful, well-funded forces have targeted our rural communities for development.  Right now, NextEra and other worldwide energy developers – working closely with Southern California Edison — have applied for more than 5,000 acres of new solar development in Lucerne Valley.  At the February 28 hearing, we’ll hear from these people how Policy 4.10 will kill jobs, and how California needs all the renewable energy it can get.

Make no mistake – California has decided to go one hundred percent renewable, a lot of which is going to come from new industrial-size projects.  But they can go lots of places other than our county’s rural communities.  And wherever we put them, the jobs pay just as well .

California has fifty-eight counties.  But one of them – ours – has too often been the sacrificial lamb in the eyes of federal and state agencies, developers, and others who have no stake in the welfare of the high desert.

Let’s exercise our democratic rights on February 28th.  Let’s attend the hearing (10 a.m. at 350 N. Arrowhead, San Bernardino) and voice our opinions.  Our Supervisors have what it takes to stand up for us, but it sure helps when they see their constituents out in force.

Neil Nadler graduated from University of California Santa Barbara in 1978. Prior to that Mr. Nadler began his environmental advocacy passion in Santa Barbara, California. In 1979 Mr. Nadler began his career in Commerical and Industrial Real Estate, Development, Project Management, Brokerage and Property Management. Mr. Nadler is a lifetime Sierra Club, Audubon Member and a member of a number of Desert Preservation non- governmental organizations. Mr. Nadler is a Stakeholder in the County of San Bernardino RECE process. In 2018, Mr. Nadler personally donated 244 acres of high valued Wildlife Corridor lands to the Mountains Recreation and Conservation Authority.