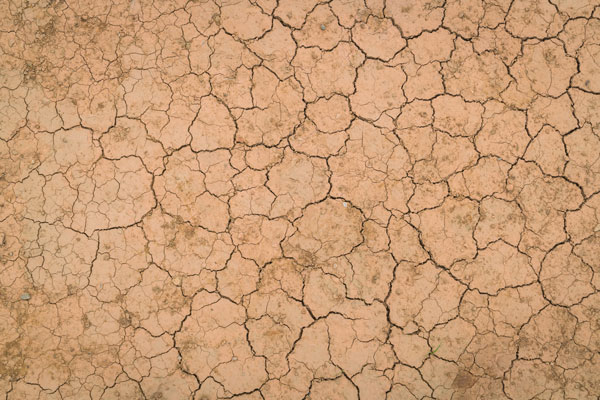 From record temperatures to proliferating wildfires and rising seas, California is already feeling the significant and growing effects of climate change, according to a new report released today that tracks 36 indicators of climate change and its impacts on the state.

The report documents the growing number of extreme weather-related events in recent years, such as the devastating 2017 wildfires and the record-setting 2012-16 drought. Some of the long-term warming trends underlying these events, including the rise in average temperatures and the number of extremely hot days and nights, have accelerated in recent decades, the report shows.

The report also tracks a variety of other climate change indicators: the declining snowpack and dramatic retreat of glaciers in the Sierra Nevada, unprecedented tree mortality in California forests, a rise in ocean temperatures off the California coast, and the shifting ranges of many species of California plants and animals. These impacts are similar to those that are occurring globally.

“As California works to both fight climate change and adapt to it, it is critical that we understand the dramatic impacts climate change is already having in our state,” said California Secretary for Environmental Protection Matthew Rodriquez. “California’s climate leadership is unquestioned, and this report builds on the essential scientific foundation that informs our efforts to respond to climate change.”

CalEPA’s Office of Environmental Health Hazard Assessment (OEHHA) compiled the 36 indicators of climate change, drawing upon monitoring data from throughout the state and a wide variety of research studies carried out by state and federal agencies, universities and research institutions.

“These indicators illustrate in stark terms how climate change is affecting our state, and the growing threat climate change poses to our future,” said OEHHA Director Dr. Lauren Zeise. “This report demonstrates the value of California’s extensive research and monitoring efforts, and is a valuable resource for state and local policymakers addressing critical climate adaptation and mitigation needs.”

One of the more positive outcomes discussed in the report is that despite an increase in the state’s population and economic output, California’s pioneering policies designed to curb emissions of greenhouse gases (GHGs) have led to an overall decline in emissions as well as decreased emissions per capita and per dollar of its gross state product.

Additional key findings of the report include:

In addition, the report highlights a variety of “emerging climate change issues” that appear to be influenced by climate change but the link has not yet been conclusively established. These include a reduction in coastal and Central Valley fog, an increase in harmful algal blooms, and a rise in invasive agricultural pests. Additional data or further analyses will be needed to determine the extent to which climate change plays a role.

The report is one of two major state research efforts looking at climate change impacts in California. While the indicators report documents and measures impacts that have already occurred, another series of reports, California’s Climate Change Assessments, builds on these observations to make projections about future impacts that can inform state adaptation strategies. California is one of the few states to compile its own series of comprehensive reports on the impacts of climate change.

The full indicators report and a 15-pages summary are available at oehha.ca.gov/climate-change/document/indicators-climate-change-california.

A leader in the global fight against climate change, California is on track to exceed its target of reducing greenhouse gas emissions to 1990 levels by 2020. In 2016, Governor Edmund G. Brown Jr. signed Senate Bill 32, setting the state on an ambitious course to reduce emissions an additional 40 percent below 1990 levels by 2030. The state’s integrated plan for achieving that goal is outlined in the 2017 Climate Change Scoping Plan, adopted by the California Air Resources Board last year.

Release of the indicators report will be followed this summer by California’s Fourth Climate Change Assessment and the California Adaptation Forum. The adaptation forum will provide a venue for leaders from all regions of the state to address the impacts detailed in the indicators report and the climate assessment. In September, Gov. Brown will host leaders from around the world at a Global Climate Action Summit in San Francisco.