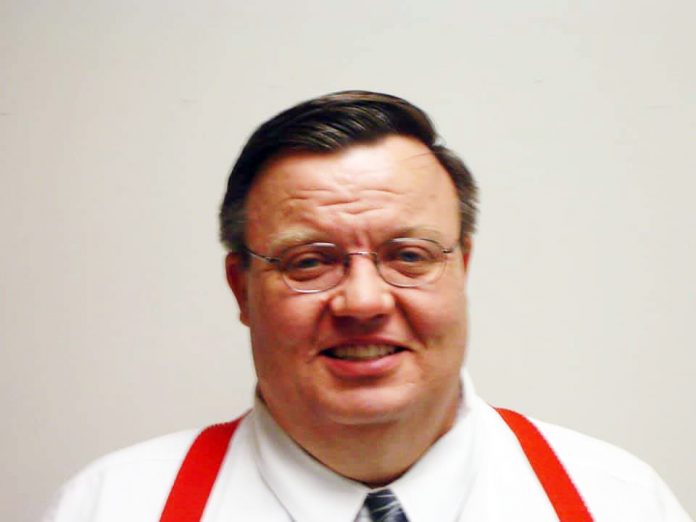 Known as Luke to family and friends, he was born in Idaho Falls, Idaho, on September 15, 1953, the third of nine children to Kezia Maxine Heaton and Wells Lindquist Brady. He grew up in Rigby, Idaho, working with his father at his father’s business, Wells’ Radio-Television Sales and Service, and alongside this father at KUPI Radio Station while attending Rigby High School. During his summers, he spent time with his grandparents in Pipe Springs, Arizona, working in the sawmills.

In fall of 1971, Luke attended Idaho State University, Moscow, Idaho, after which he served a two-year mission for the Church of Jesus Christ of Latter-day Saints in the Netherlands. There he immersed himself in the Dutch language and culture and became a special member of the community. Upon returning, Luke continued his education at Ricks College, Rexburg, Idaho, where he earned his associates degree in political science. It was at Ricks College that he met the love of his life, Francine Kingsford, in a biology class. Luke and Francine were married in the Ogden Temple, Ogden, Utah, on April 9, 1976 and would have celebrated together their 43rd anniversary!

In 1977, Luke worked with Francine at Arctic Circle in Clearfield, Utah, with Luke as the manager. It was at that Arctic Circle that he developed an interest in computer systems. Later, Luke merged his experience working in libraries at Ricks College with his new interest in computers and, with a brother and sister, formed Retro Link Associates (RLA) which pioneered the retroactive conversions of library card catalogues into the digital checkout systems used in all libraries today. Luke’s library systems career took him to numerous destinations around the United States and to interesting places worldwide such as Canada, England, and Japan.

In 1995, Luke took a different road in his library systems career, retooling his skills by attending and even teaching at NET 10. Following this admirable midlife upgrade, Luke spent the next twenty-five years as IT manager for Library Systems and Services, Inc. (LSSI) in the Riverside County Library System.

Throughout his life, Luke was a loving husband and involved father, faithful member of the Church of Jesus Christ of Latter-day Saints—his final calling being Ward Executive Secretary—which, not surprisingly, also included IT support. Most notable about Luke is that throughout the ups and downs of his life, he was a wise and trusted confident and mentor to so many, many who now remember with gratitude his ever-present humor, well-timed counsel and sincere comfort.

In 2001, Luke became critically ill. Although he recovered, to the surprise of all, some issues persisted. Due to these issues, he began to travel less and less for work. He eventually succumbed to a lengthy illness that ended his career and left him bedridden.  However, he remained the man he always was, concerned about family, available for extended family and friends and anyone who would come to visit.

He is preceded in death by his parents and survived by his wife, Francine, and his children, Cory, Jason, Lindsey, and Caitlyn.

Funeral services will be held Saturday, March 30, 2019, at 9:30am in the Rialto Stake Center in Bloomington, California. Burial will be at 1:30 p.m. in Montecito Memorial Park and Mortuary in Colton, California.