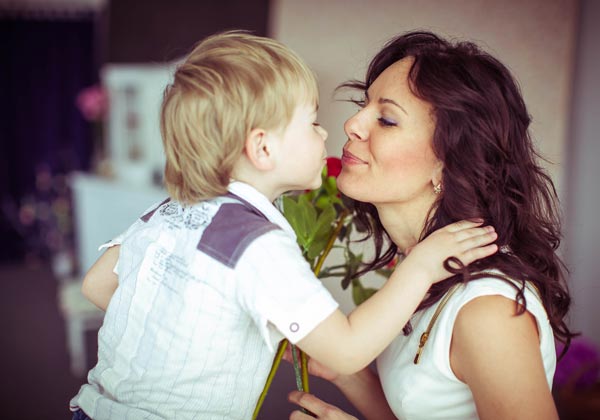 The history of Mother’s Day goes back thousands of years to the ancient Greeks. They held festivities to honor Rhea, the mother of the gods. The early Christians recognized mothers on the fourth Sunday of Lent in honor of Mary, the mother of Jesus.

In 1872, Julia Ward Howe organized a day for mothers dedicated to peace. However, in 1907, Anna May Jarvis (1864-1948) a Philadelphia schoolteacher began a movement to establish a National Day to honor mothers. She begged legislators and prominent business men to support her idea.

Other attempts were made prior to 1907 but nothing took hold until May 12, 1907. On that date, a small service was held in the Andrew’s Methodist Episcopal Church in Grafton, West Virginia where Anna Jarvis’ mother had been teaching Sunday School.

The first “official” service was held on May 10, 1908 in the same church. Anna Jarvis then went throughout the country to establish Mother’s Day as a U.S. National Holiday. In 1910, the holiday was declared officially in West Virginia and the remaining states quickly followed suit.

On May 8, 1914, the U.S. Congress passed a law making the second Sunday of May as Mother’s Day. The next day, President Woodrow Wilson proclaimed it a National Holiday. In 1934, President Franklin D. Roosevelt approved a stamp commemorating the holiday. The Grafton Methodist Church is now the International Mother’s Day Shrine and is a National Historic Landmark. Three cheers for Anna Jarvis. A few years ago, Stella and I heard a minister preach a powerful and personal sermon. It was based on Isaiah 66:13. The comfort of a mother was compared to the comfort we receive from God. The minister enforced this idea by quoting Isaiah 51:12, “My God, even thy God. is He that comforts you.”

These truths and other values about mothers should be emphasized all year. Once a mother she is one as long a she lives.

Of course, there are some mothers that defy the high standard of motherhood. Their values are far less than what society has envisioned. However, the percentage of those kinds of mothers is minimal in comparison to the loving, giving and comforting mothers that most of us know.

Moms have provided motivation for success, the benefits of education and spiritual values to the kids. The records stand for themselves. The high number of men in sports who voice “thanks” to mom for their successful endeavors is often recorded on TV.

More poetic words have been recorded for posterity on the idealization of mothers than any other subject. Great men have not been negligent in penning their love and respect.

Winston Churchill said, “My mother made a brilliant impression upon my childhood life. She shone for me like the evening star—I loved her dearly.”

George Washington was profound when he said, “My mother was the most beautiful woman I ever saw. All I am I owe to my mother.”

Abraham Lincoln was eloquent in his description of our nation. Equal to his words was what he said about his mother. “All that I am or hope to be I owe to my angel mother. I remember my mother’s prayers and they have always followed me. They have clung to me all my life.”

I recently read a statement that was directed as a challenge to mothers: LIVE WELL; LOVE MUCH; LAUGH OFTEN.

These words have been written with the hope that all who read shall be inspired to honor, respect and remember the words of advice given to them by their mothers.