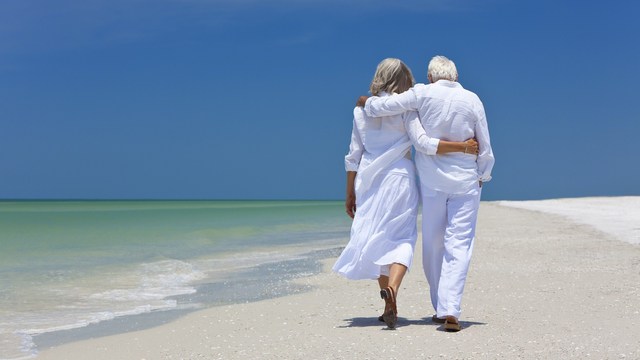 Aging or longevity are topics of interest locally, nationally and internationally. The death rate is minimal compared with 6.5 billion in the world.

Obviously, there are causes for shortness of life that are caused by unnatural reasons: wars, storms, fires, drownings, accidents, diseases, etc.

Life expectancy around the world has doubled since 1900. “Thanks to improved sanitations, nutrition, health care and food supply.” From The Week magazine.

Since I’m ninety years old, I feel qualified to voice my opinion about aging. Currently I’m afflicted with three major illnesses. Neuropathy. I’m confined to using a walker, even to the bathroom. My lower extremities are weak. Five feet are my limit without my walker.

Diabetes 2. I’m a diabetic, dependent on insulin, one shot a day. Glaucoma. My right eye is bad, limited to vague sight. Outside of these three ailments, my physical ailments are minimal.

My priorities are six in number but not in importance. The first is EXERCISE. It has been a vital part of my life as long as I can remember. In high school I played basketball and ping pong. In college (small college) it was basketball and football along with ping pong.

After college I played tennis and golf for many years. I also rode a bike and walked every day.

Twelve years ago, I came down with Neuropathy-no more biking, tennis, golf or walking. However, Mayo Clinic did a biopsy on my legs. The result? I’ll never get better, but if I didn’t exercise, I’d get worse. So, six days a week I exercise at the local YMCA. It helps to keep me living.

My second recommendation for longevity is to have a “BUCKET LIST.” Watch the movie by that name starring Morgan Freeman and Jack Nicholson. More retired people die from boredom than about anything else. A list of things to do-A Bucket List-destroys boredom.

When I retired I went around the world: studied humor and made a bucket list. Number one was to marry Stella. I had 20 of them on my list, and as I achieved each one I’ve added another one.

Amazingly, I’m a devotee of MEDICAL HELP; my Dad always took me to a family doctor. I can remember his name after 85 years-Dr. Lancione. I have Primary Care, a Urologist, an Endocrinologist, an ENT, an Ophthalmologist and a Chiropractor. I see all of them at least twice a year. I consider all of the doctors as my friends.

My philosophy is simple. If they are not interested in me, I change doctors.

The list I’m making is not prioritized. Number four is vital for me. It is my BELIEF SYSTEM. Since I’m a retired minister, having a belief system comes naturally. But, I had one before I became a minister. In addition to my faith in God, I believe it gives me a sense of OPTIMISM, a sense of DISCIPLINE and CURIOSITY and ACCEPTING people as they are.

Norman Cousins, whom I studied with, said often, “No one knows enough to be a pessimist.” I adopted it as my motto. I’ve been a student for 15 years: high school, (4), college (4), Master’s Degree (2), 2 earned Doctorates (5). The discipline of study has prepared me to write 21 books, and I write a column every week for several newspapers.

My fifth source for longevity is having MANY FRIENDS that I’ve cultivated for many years. I’m constantly on alert for people that inspire and motivate. Paul is a quadriplegic. Always upbeat; a successful business man; in constant pain.

His motto is: “Have a purpose; live your purpose.” He fulfills it.

I also have many literary friends. Among them: Browning, Mandela and Ali.

Elizabeth Barrett Browning’s poetry inspires me. One phrase in particular.  “Earth’s crammed with heaven and every common bush aflame with God; but only those who see take off their shoes. The rest sit around plucking blackberries.”

The life of Nelson Mandela has inspired me for years. Ever since I visited South Africa. In one of his speeches he said, “I should like for us to fight over principles and ideas and without personal hatred, so that at the end of the battle, I can proudly shake hands with you.” His positive and contentious optimism was and is contagious.

Muhammad Ali was unique with his short, inspiring statements. “It doesn’t make any difference what color you are, hating is wrong.” I really appreciate this statement. “God gave me this illness to remind me that I’m human. There is only one greater than me-that is God.”

My sixth priority is the knowing and respecting friends and SAFETY PRECAUTIONS. Friends are scarce to come by. Through the years I’ve had many of them. I remember hundreds of them. I even keep a list for those for whom I pray. We’ve never always agreed with one another, but I cherish my memories with them.

They have added to my longevity. Along with safety precautions: no smoking, look both ways, beware of fire alarms, speed limits, barking dogs, loud music, rotting foods and being overly tired.

What Anthony Davis and LeBron James returning to the Lakers means