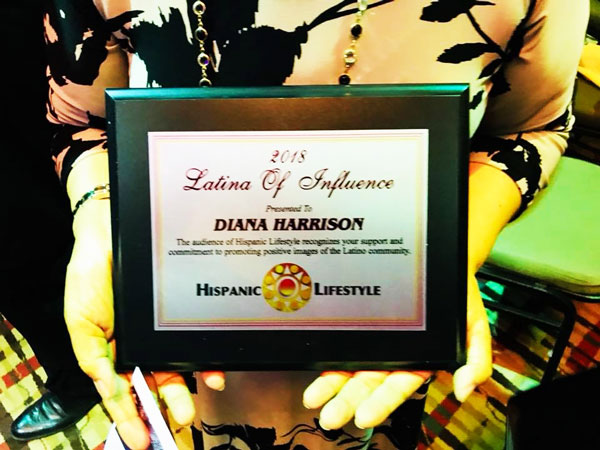 Here at IECN we are undergoing some changes with the departure of community editor Anthony Victoria who has accepted a position as the director of communications for CCAEJ. We wish him all the best in this exciting new endeavor.

Last week Hispanic Lifestyle hosted its 6th annual Latinas of Influence Conference at the Ontario Airport Hotel on Wednesday and Thursday, April 4 and 5. The two-day event brought together Latina business owners, professionals, artists, entertainers and community leaders from throughout the nation.

Featured were vendors, networking opportunities, panel discussions, and workshops, all of which culminated with a celebration of this year’s Latinas of Influence where each nominee had the opportunity to share their personal stories of achievement.

One Latina of Influence in particular holds a special place in our hearts here at IECN, and that was our former co-publisher and managing editor Diana Harrison Martinez. She was recognized posthumously with a touching video tribute that highlighted her accomplishments and leadership here at IECN that spanned nearly three decades.

She is thought of and missed dearly everyday. 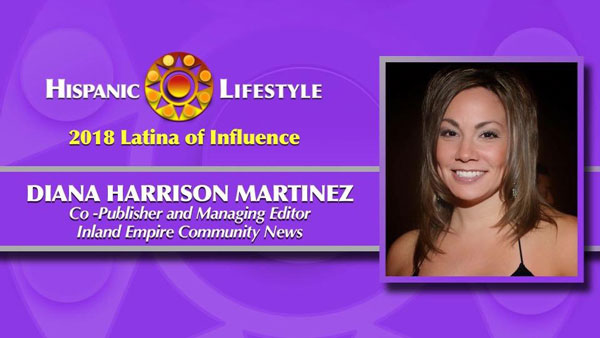 Over the weekend San Bernardino High School crowned its 15th Mr. Cardinal – congratulations to Alfonso Sanchez who will be representing SBHS at community events around the city.

I can’t discuss Mr. and Miss Cardinal without mentioning pageant director Jamie Rios who is also SBHS Bilingual Outreach Worker. It was Jamie who established this program 15 years ago not to highlight physical attributes, but rather emphasize the importance of community engagement and service, while allowing contestants the opportunity to be rewarded and enjoy the pomp a pageant entails.

Congratulations to students in the Colton Joint Unified and San Bernardino City Unified school districts who were among 40 students selected from the San Bernardino, Inyo and Mono region to receive gold medals following the 36th annual Inland Science and Engineering Fair on April 4.

The students from the three-county region were among 373 projects from approximately 450 students in San Bernardino, Inyo and Mono counties that competed at the event.

Redistricting: Let’s Draw a Line in the Sand for our Planet, not Politicians