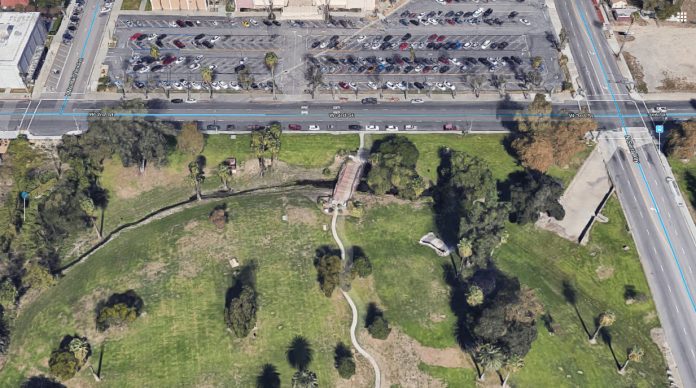 On Wednesday, June 5th, city council did not authorize the director of finance to amend the fiscal year 2018/2019 budget and appropriate $812,505 in property insurance settlement funds for the replacement of the fire damaged bridge at Meadowbrook Park

Instead, in a 7-0 vote, council brought forth an alternate motion to revisit the item again within the next few months.

“I would like to make an alternate motion and direct staff to come back to us with the numbers for a demolition and the exact numbers for a rebuilding of the bridge. Please come back to this council with hard numbers so we can make an educated vote here,” said Councilman Theodore Sanchez.

Affiliated FM Insurance Company authorized $812,505 in insurance settlement funds, which the city accepted and the entire replacement project is estimated to cost $884,227; with a $46,722 depreciation that the city will have to cover.

“The project is currently in the design stage. The total design costs, to date, are $48,480. Upon completion of the design stage, the construction portion of the project will be bid and staff will return to council for the final contract award,” said Alex Qishta, acting public works director.

According to the city council agenda, the original wood bridge at Meadowbrook Park was designed to handle both pedestrian and vehicle traffic. FM Global completed an assessment that indicated it would cost $884,227 to replace the bridge, assuming it had the same previous capabilities.

After an assessment and analysis of future liabilities, San Bernardino Risk Management and Public Works departments have determined that a metal bridge, rather than a wood bridge, and a bridge with only pedestrian capabilities, would be best for the city.

It has not been publicly stated when the item will revisit the city’s agenda. For more information, visit www.ci.san-bernardino.ca.us/.