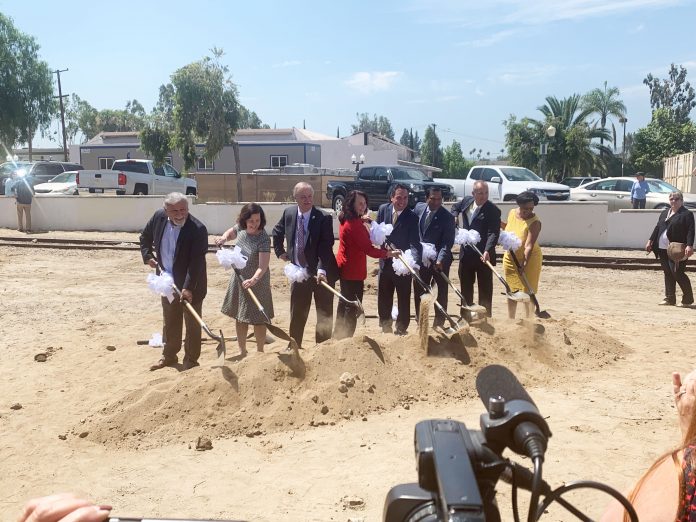 Once completed the Redlands Passenger Rail Project will house the Arrow Commuter Line featuring low-emission trains that will be converted to zero-emission vehicles, the first of its kind in North America.

Darcy McNaboe, President of SBCTA led the panel for the Railway project event, and explained the process and challenges overcome to get the project afloat. The many contributors who helped make this dream come to fruition were acknowledged, including Rep. Pete Aguilar who secured major funding. With over $8 million invested in the Railway project, the idea of more efficient and clean transportation was able to gain speed in the right direction.

“We’re thrilled to move the Redlands Passenger Rail Project one step closer to reality with the start of construction.” said Darcy McNaboe, President of SBCTA.  “This project will be a game changer for public transit in San Bernardino County and throughout our region. When finished, this system will represent an important clean-air transit solution in one of the most challenged air-quality basins in the country.”

With the Mainline construction finally underway, Redlands is preparing to be regarded as a destination point for festivities and culture to newcomers and current residents.

“Redlands is on the cusp of a renaissance,” declared Redlands Mayor Paul Foster “Within three years there will be a vibrant new development in phase 2 of the Packing House District.” The Arrow Line will be the bridge that connects communities together to participate in existing and new experiences Redlands has to offer. The Arrow System is expected to be operational by 2021.

Rebecca Lyons named University of Redlands Professor of the Year