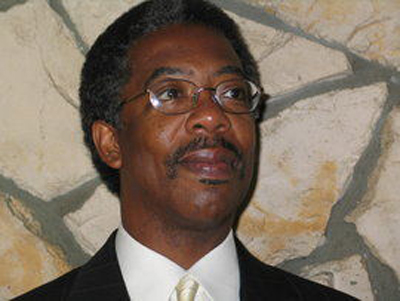 The City of San Bernardino is facing a multitude of important decisions to be made in order to move the City forward. Some of which are a new City Manager who must be selected by the end of this year. A Police Chief needs to be chosen outside of the current Police Department. Decisions need to be made to address the budget that is trending towards the negative in two years with the City still emerging from the bankruptcy. Plans need to be put in place regarding how we deal locally with the coronavirus (COVID-19).

Yet, Mayor John Valdivia’s focus appears to be centered on retaliation, self-gratification and revenge. His controversial actions continue to cost the City monies that it can ill afford. Just look at the Mayor and City Council Agenda for March 18, 2020 to see a small example of his dastardly deeds.

In Closed Session on the agenda you have the case of Gary Saenz and Georgeann Hanna v. City of San Bernardino where the Mayor attempted to reduce their salaries in order to use that money to pay a suspect lobbying firm. This reduction of their salary was ruled illegal. Their salary was reinstated, plus the City had to pay attorney fees. Now the City is facing further additional attorney fees as this case moves through the Court system.

Agenda Item #8, Staffing – Office of the Mayor. Following the receipt of complaints from two employees in the Mayor’s Office alleging various forms of harassment occurring at City Hall and offsite, the support staff assigned to the Office of the Mayor was temporarily relocated to the Office of the City Manager. All communications from the Mayor to staff are being communicated through the City Manager. This relocation of personnel has been made to limit the potential for additional allegations. This is governmental dysfunction at the highest level.

Agenda Item #1, Water Board Appointment. It should read Water Board Removal because the present Board Member chose to support a different candidate than the Mayor to represent the 6th Ward. Unfortunately, Judith Valles is being used as a pawn in Valdivia’s sordid plans to be a Dictator for the City instead of Mayor for all the people that he was elected to serve.

I have lived in San Bernardino for over 50 years, having served on the Human Relations Commission, the City Council for three terms and presently serving on the Water Board with my term expiring in May 2022. I have never missed a meeting. I’m the only minority Board Member and the only one who lives West of the I-210 freeway. This action is in revenge for not supporting his candidate for 6th Ward City Council. Valdivia didn’t even have the dignity to let me know that I was being removed. I had to find out from someone else. This is another sad display of abuse of power by the Office of Mayor.

John Valdivia campaigned on a new direction for the City. It looks to me that the direction he is trying to take the City will be spiraling down with him into a cesspool of his own making. His multi-questionable actions have relegated him to an irrelevant lame-duck Mayor with no road to recovery. It’s time for Valdivia to resign. However, with his massive ego I seriously doubt that will happen.