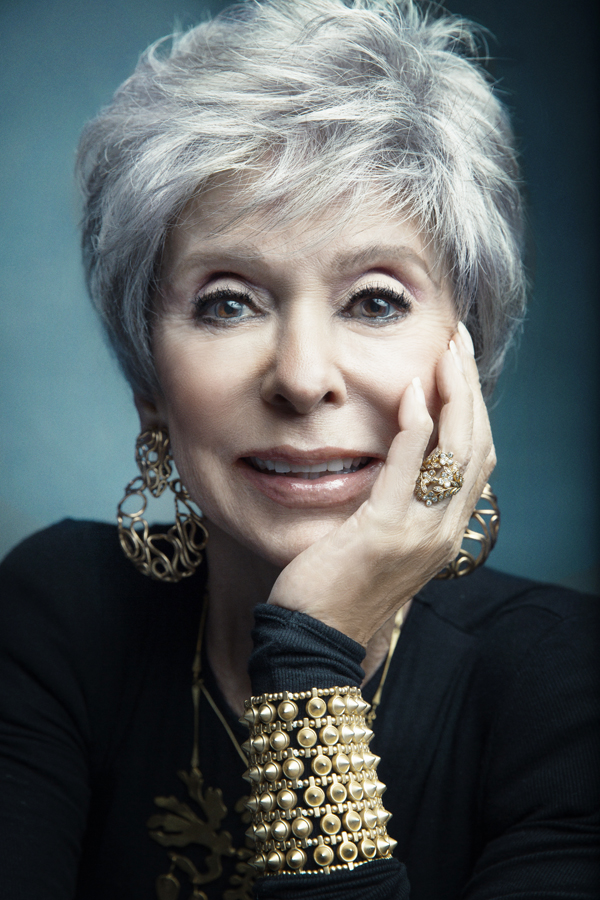 For pairing an evening of story with song, Rita Moreno is both master chef and sommelier. Heading off the New Year on Friday, January 10, 2020 at 8:00 p.m. the table is set with a full course that includes some of Rita’s favorites from the American Songbook, Broadway classics (including Sunset Boulevard), swing, jazz, selections from her new Spanish album, Una Vez Más (produced by Emilio Estefan), and even rap. And don’t forget the dessert, a confection of stories, anecdotes, and encounters she’s collected over her vibrant lifetime!

An icon who needs no introduction, Rita Moreno is one of two artists in the world to have won all four major annual American entertainment awards: an Oscar®, Emmy®, Tony®, and Grammy® award (the other being Helen Hayes). As one of 24 performers in the world to receive the illusive Triple Crown of Acting, Moreno is placed alongside Ingrid Bergman, Al Pacino, Frances McDormand, and Viola Davis to name a few. Moreno has also won a Golden Globe, the Presidential Medal of Freedom (the highest honor for a civilian), the National Medal of Arts, several Lifetime Achievement Awards (Kennedy Center, Latin Grammy, Screen Actors Guild), and numerous others making the Puerto Rican-born actress one of the most highly decorated entertainers alive today. She will also be one of the Grand Marshals in Pasadena’s 2020 Rose Parade.

Moreno’s latest project is starring in and executive producing Steven Spielberg’s remake of West Side Story (2020), having played the Academy Award®-winning role of Anita in the 1961 film version of Leonard Bernstein and Stephen Sondheim’s groundbreaking Broadway musical. Her early film career included supporting roles in hits like The Toast of New Orleans (1950), Singin’ in the Rain (1952), and The King and I (1956). Moreno has made guest appearances on countless television series including her infamous, Emmy-Award winning appearance on The Muppet Show as well as Mister Roger’s Neighborhood, The Golden Girls, The Nanny,and Grey’s Anatomy. Moreno’s copious television career includes starring roles in The Electric Company, 9 to 5, Where on Earth is Carmen Sandiego? (title voice), Oz, and currently, award-winning web series One Day at a Time.

Rita Moreno is ready to share her voice and her insights about her breath-taking career at the Lewis Family Playhouse in January! Gold Level tickets are $64.00 (General) and $62.00 (Senior/Youth). All Platinum level tickets are $70.00.