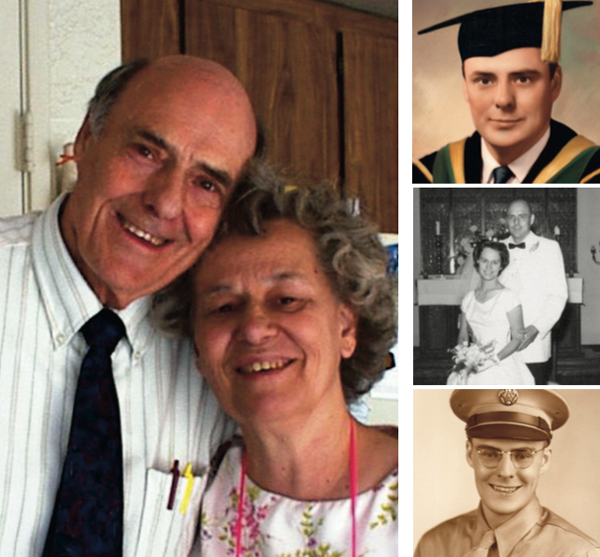 Roy Vincent Berglund was born on July 4, 1922, in Seattle, Washington. He graduated from Queen Anne High School and started to attend the University of Washington while working full time in a radio shop. His college education was interrupted by the bombing of Pearl Harbor in 1941. He was in the U.S. Army Air Corps during World War II, based stateside in Santa Ana, California, working as a medical lab technician, from 1943 to 1946.

Subsequently, he graduated from La Sierra College in 1949, and then attended the College of Medical Evangelists in Loma Linda, graduating in 1954. Now it is known as the Loma Linda University School of Medicine (LLUSM). While he was happy and proud to consider himself a medical evangelist, some foreign countries did not want to accept medical evangelists, so LLUSM later made updated diplomas available for graduates.

He met Leona Carscallen and they married on September 4, 1962. They honeymooned in Yosemite. A year later their first son, David, was born. Two years after that their second son, John, was born.

Roy built Crestview Convalescent Hospital in Rialto, California from the ground up. He and Leona ran it for many years, as well as a retirement home later built on the same property.

Roy loved to go for walks and was very health conscious. He regularly liked to take his family to Yosemite, and many times hiked the Mist Trail up to Vernal Falls, and along with his wife and sons, a few times climbed to the top of Half Dome there. In later years, he enjoyed attending cardiology meetings in Yosemite.

He dedicated his life to the service of people’s health, working in medical relief mission fields, filling in for other missionary doctors who needed to return home on furlough. This led to him serving in the mission field for months at a time, in Sri Lanka in 1972, Vietnam in 1974, Thailand in 1979-80, Taiwan in 1983, Zambia in 1986, and Palau in 2001.

He was very generous and opened his home to many young people who needed a place to stay while continuing their education.

He is survived by his wife, two sons, and seven grandchildren.

He is deeply missed.