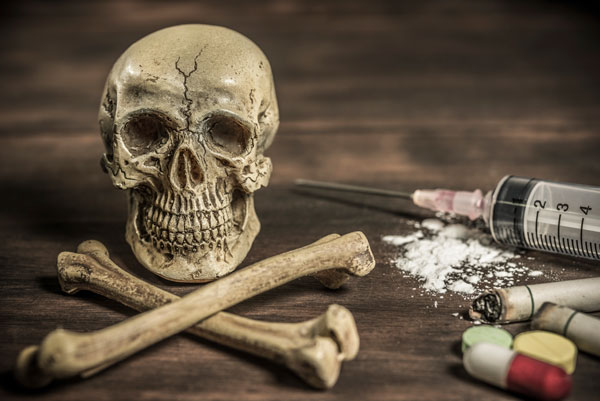 The Russian Mafia also goes by the name of The Odessa or Bratva Mafia. The group established itself in the Brighton Beach of New York City between 1975 and 1981. There are a number of major cities that have a significant number beside New York City: Chicago, Los Angeles, Atlanta, Miami, Los Vegas, Philadelphia, and Kansas City among them.

Groups like the Haitians, Salvadorians, the Armenian, Mexican Mafia, Polish Mafia are second fiddle to them. Many of the smaller groups have become subservient to the Russian Mafia.

The crimes are typical: Drugs, Prostitution, White Slavery, with a more recent vicious crime of stealing young babies and selling them to wealthy people. The going price is about $100,000.

The list goes on and on. According to the prosecution, this was the first arrest against a Russian mafia group.

Then on February 19, 2018, 18 defendants were accused of laundering over $62 million through Real Estate and one of Russia’s largest insurance companies. The accused stood trial in Spain.

More money is gained by way of DRUGS than any other illegal venture. Their abuse and addiction has been a social problem in America for well over 100 years. Unfortunately, illegal drugs were first introduced by doctors as legal prescription medications.

Did you know that marijuana was grown in Jamestown settlers around 1600? Before the Civil War the U.S. government sold it for revenue. In the 1800’s there were plantations that grew it. During Prohibition days, it became a substitute for alcohol. It is also legal in many States as medical marijuana. California is one of them.

The drug AMPHETAMINE became popular in the 1920’s and was taken by soldiers in World War II to combat fatigue and depression. In the 1930’s its name was changed to Benzedrine. It was and is commonly used to stay awake by truck drivers and students to help them study.

Cocaine was a popular medical drug in Europe for decades before it became popular in America. In 1886, Coca-Cola was introduced. It contained syrup derived from coco leaves. By 1902 there were an estimated 200,000 cocaine addicts. It was outlawed in 1914.

Then came Crack Cocaine in about 1985. It became known as the Crack Epidemic and was popular among hippies.

The U.S. was next hit by LSD during the 1950’s. It was called the “truth drug” because it was used to make prisoners talk. LSD was made illegal in 1966 and the black market emerged.

The opiate, including morphine and heroin, both became the drugs of choice in smoking and snorting

The U.S. is now involved in an OPIOID EPIDEMIC, and it is a crisis. Drug overdoses have become the leading cause of death of Americans under the age of 50, with two thirds of these deaths from opioids.

In 2016, over 64,000 Americans died from overdoses which was 11,000 more than in 2015. Amazingly this is more deaths from opioid overdose than from both car accidents and guns. Public Health experts estimate that nationally over 500,000 people will die from the epidemic over the next 10 years.

Unfortunately, the opioid drug is available in prescription and non-prescription form. It is described as “a diverse class of a moderately strong painkillers.” The various forms include: Oxycodone, Percocet, Oxycontin, Hydrocode and Fentanyl, which is a very strong pain killer.

The real danger is that drug dealers “cut” the strength without the users knowing the strength of the drug. Death is quick. THE INFORMATION IN THIS ARTICLE WAS TAKEN FROM SEVERAL PUBLICATIONS.

I met an unusual man the other day. He lives with constant pain. Ten years ago, he was run off the road by a tow truck. Seven ribs were broken, his heart was bruised, his lungs were crushed, both femurs were broken at the hips and he spent six weeks in the hospital.

The doctors put him on pain killer drugs. For ten years he was an addict of several drugs. The worst was Fentanyl, a derivative of opioid. Two months ago, he decided to rebel.  Cold turkey he stopped all of the painkillers. For several weeks he thought of ending it all. He didn’t. Today he is NOT free of pain but rejects the use of drugs.

His mind is clear. He works six days a week and meets his obligations. He is a credit to the best in all of us.