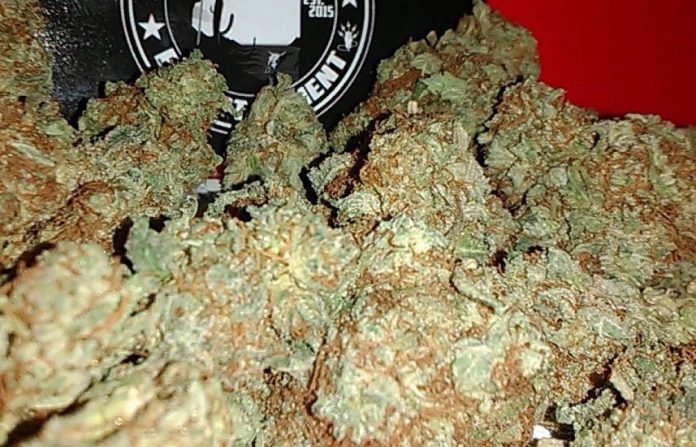 During the city of San Bernardino’s council meeting on Wednesday, August 1, city council voted on an election ordinance regulating commercial cannabis activities; and on submitting to the voters a general tax measure to establish a cannabis business tax.

The contentious item was discussed for over two hours on Wednesday night.

According to the official city staff report, item no. 2018-227 recommends that the mayor and city council call a general municipal election to be held on November 6, 2018 for the purpose of submitting to the voters an ordinance regulating commercial cannabis activities; requesting that the San Bernardino County Board of Supervisors consolidate said election with the State General Election to be conducted the same date and to permit the Registrar of Voters to provide election services; and setting rules for arguments and rebuttals for and against said measure.

During public comment, San Bernardino resident Ben Isenberg said, “The council is tired of me saying that when it comes to cannabis regulation, we’re doing it wrong. The revised regulations showcase a very positive step forward.”

Isenberg went on to say that with one item dealing with taxation and the other on regulation, he is worried that if the city moves forward with a regulation on the ballot, the only thing that can change it will be another ballot initiative.

“We’ve all seen that regulations are never perfect the first time. My suggestion to this council would be that instead of giving the regulations to the voters…you’ve already passed the structure, if you’re going to revise the structure, just pass the revision by an active council; and then pass the taxation, which has to be passed by the voters, under prop 218,” concluded Isenberg.

The second item, submitting to the voters a general tax measure to establish a cannabis business tax, was passed in a unanimous 7-0 vote.

“I’m in favor of sending the taxation component to the ballot because it’s a revenue enhancer. I’ll fully support this as written. Let’s move this item and get this going here. Let’s get this on the ballot,” said Councilman John Valdivia.

The second item that council approved Wednesday night includes calling a general municipal election to be held for the purpose of submitting to the voters a general tax measure to establish a cannabis business tax; and setting rules for arguments and rebuttals for and against said measure, also according to the city staff report.

Mayor Carey Davis was in favor of adopting the two city staff recommendations and resolutions.

“My recommendation is to adopt the business tax resolution, for the purpose of submitting it to the voters. The people in the city of San Bernardino deserve to be heard,” said Davis.

The two recommendations that were passed late Wednesday night have been in development since the end of June, when city council recommended city staff generate a new commercial cannabis ordinance.

“At the meeting on June 20, city council directed city staff to prepare the necessary documents to submit a tax measure on commercial cannabis activities and the city’s commercial cannabis ordinance to the voters at the State General Election scheduled for Nov. 6, 2018,” said City Manager Andrea Miller.

With council voting in favor of placing the cannabis business tax on the ballot and submitting to the voters an ordinance regulating commercial cannabis activities, this means voters in San Bernardino will have an opportunity to partake in the decision making on November 6.

According to Miller, if the commercial cannabis business tax passes in November, the ordinance will allow the city council flexibility through budgeting discretion to use the revenue generated where it is most needed in the community, including police services, road repairs, parks, and libraries.

The city staff report states, “For every person who engages in a cannabis manufacturing, processing, or microbusiness (non-retail activity) or any other type of cannabis business not described in Section (D) (1), (2), (3) or (4), the maximum tax rate shall not exceed four percent (4%) of gross receipts.”