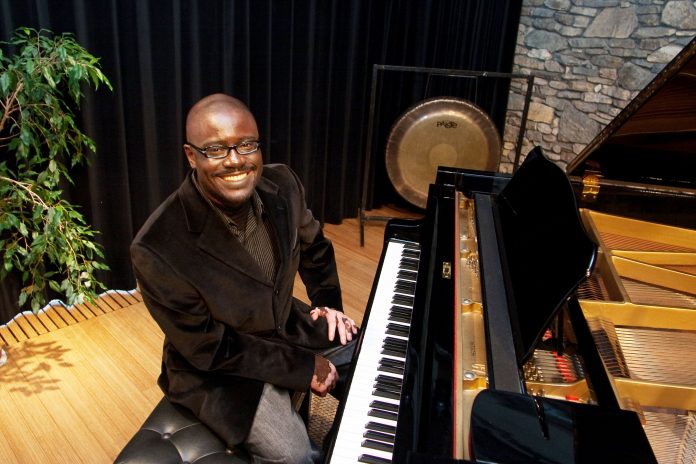 In honor of the start of their 90th concert season, the San Bernardino Symphony Orchestra has scheduled an anniversary gala, a concert featuring world premier music, and a historical retrospective reception… all on October 27th!

The evening will begin with a black tie anniversary dinner party to be held at 5 p.m. under the giant tent alongside the California Theatre. Guests will enjoy a delicious plated dinner and inspiring musical performances by some very special guests, chat with past conductors and performers, bid on silent auction items, and hear all about the up-coming concert.

Then at 7:30 p.m. immediately following the gala, the concert will begin.

This historic occasion will include the premiere of Emmy award-winning composer John Christopher Wineglass’ Voices of the West, a new work commissioned by the San Bernardino Symphony Orchestra to celebrate the region whose name they proudly bear. This inspirational composition celebrates those things that most positively distinguish San Bernardino and the diverse peoples who established the region. With music inspired by the bird songs of the Serrano Indians, hymns of the Mormon pioneers, Spanish folk tunes, and African American spirituals, this beautiful piece of music will also pay tribute to the brave first responders, and to the region’s unique geography, from the majesty of the local mountains and vistas, to the built environment that provides homes and commerce to millions.

“Voices of the West fulfills a long-held dream,” said SBSO Board President Dean McVay. “We have hoped to be in the position to create something meaningful and important about the region for years and now, through the generosity of many civic-minded arts lovers* this dream is coming true.”

The widely renowned Los Robles Master Chorale, under the leadership of Dr. Lesley Leighton, will join the San Bernardino Symphony Orchestra for Voices of the West. In addition to the new music, the concert will also include Tchaikovsky’s Capriccio Italien, Op. 45, Respighi’s Pines of Rome, and Rachmaninoff’s Rhapsody on a Theme by Paganini which will feature young piano virtuoso HyeJin Kim.

The October 27th concert will be performed under the baton of guest conductor Laura Jackson. With glowing reviews from across the country, Jackson was selected to lead this historic concert because of her dynamic stage presence and ability to connect with the audience. Maestra Jackson is one of the ten outstanding conductors currently being considered for the position of San Bernardino Symphony Orchestra Music Director, a decision which will be made following the final concert of this season.

Following the concert, the San Bernardino Symphony Guild will hold a reception for concert ticket holders in the California Theatre’s California Room complete with a retrospective of historical artifacts from the city and region.

Four amazing concerts follow the October performance. December 1, we will present our annual Holiday Concert. Under the baton of guest conductor Dean Anderson, the Orchestra will premiere another new holiday work, this one by Nilo Alcala, alongside music from Vaughan-Williams, Rimsky-Korsakov, Anderson, and Tchaikovsky in the first half of this festive concert. In the second half, we will welcome popular singer David Archuleta to perform holiday favorites with the Orchestra.

February 9, 2019, audiences will enjoy A Night at the Pictures. Guest conductor Ming Luke will lead a family-friendly musical romp through beloved favorites from Rossini, Mussorgsky, Strauss, and Mozart… all selected from cartoons and movies! This is a perfect concert to introduce young music lovers to the Symphony!

March 16, 2019, the Orchestra will present An Evening with Melissa Manchester under the baton of our Maestra Sharon Lavery. The first half will be dedicated to the music of George Gershwin, including selections from Porgy and Bess, and pianist Bernadene Blaha will perform Gershwin’s Rhapsody in Blue. In the second half, Grammy award-winning singer/actress Melissa Manchester will take the stage to perform her tribute to “The Fellas” and some of her own popular songs.

To complete the 90th season, on April 13, 2019, the Orchestra will present Celestial Sounds. Guest conductor David Cubek will lead a space-age evening of music including Holst’s haunting The Planets, Ravel’s glorious Sunrise, and Williams’ soaring Star Wars Suite. To add to the fun, audience members are encouraged to dress as their favorite Star Wars character.