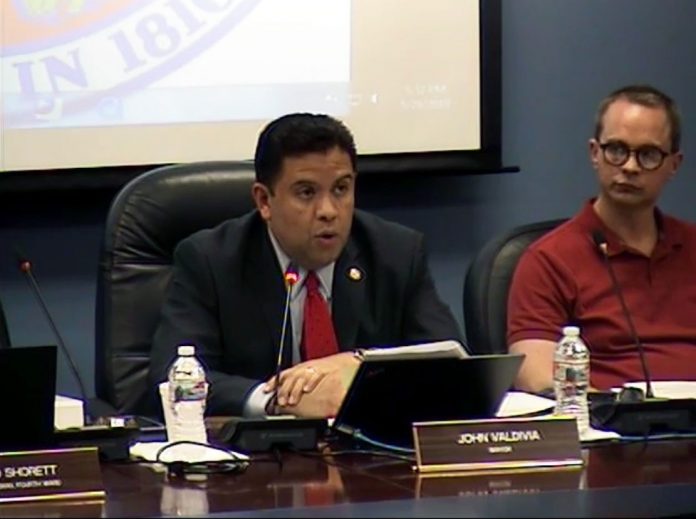 Mayor John Valdivia announced the formation of the San Bernardino Animal Shelter Council Committee, during a special meeting on Wednesday, May 29th.

“Before we go into tonight’s agenda I’d like to address the recent developments with our animal shelter. As you may have heard the County of Riverside recently rejected a proposal to transfer our animal control services to their animal services department,” shared Valdivia.

“The proposal represented a cost savings to our city and a solution for the crisis at our animal shelter. The San Bernardino animal shelter is in terrible shape. The building is over 50 years old and it is crumbling,” Valdivia said.

He also stated that it would take several millions of dollars to bring the animal shelter into compliance with current state standards.

“The cost to build a new shelter is estimated at $18 million; this is money that the city simply does not have. City staff will continue operating the shelter with our limited resources available,” said Valdivia.

“I am proud to announce, I have been speaking directly to neighboring mayors in the County of San Bernardino, who have expressed interest in forming a joint powers of authority to construct a new regional animal shelter for our area,” continued Valdivia.

“This is a long term project that will take several years to complete. It’s important that we get this process started today and we start now. In accordance with my authority, under section 303 of the San Bernardino City Charter, I am forming an Ad-hoc Council Committee to study the viability of forming a joint powers authority with neighboring jurisdictions to construct a regional animal shelter,” concluded Valdivia.

The Animal Shelter Council Committee is required to provide a report and recommendation to the full council no later than September 4, 2019.