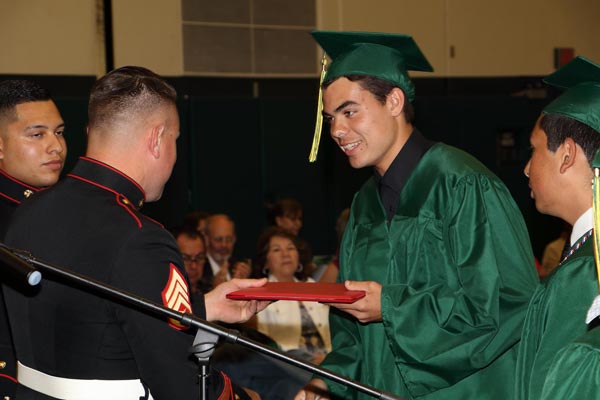 SBCUSD’s oldest high schools, San Bernardino High School (SBHS) and Pacific High School, may have had smaller graduating classes than the other comprehensive high schools, but their graduates were no less motivated to succeed. Almost 65 percent of SBHS graduates shared in $566,050 in scholarships. Pacific’s graduates earned an average of $4,155 per scholarship recipient.

A total of $1.1 million in GI Bills and $400,095 in non-military scholarships will help San Gorgonio High School’s213 scholarship recipients attend college in the fall.

Sierra High School graduated 167 seniors, who earned a total of $38,000 in scholarships.