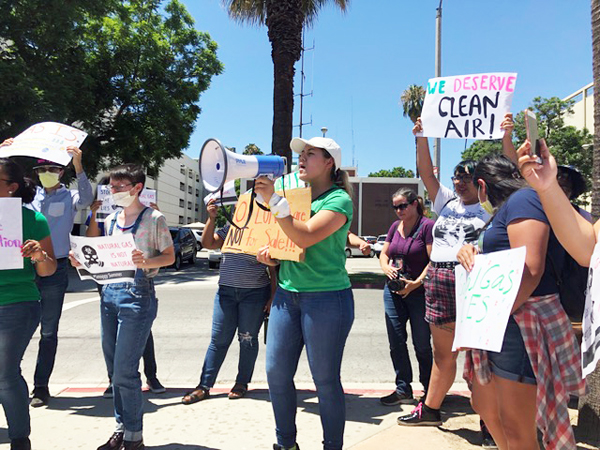 The CPUC recommended in September that four gas-fired plants in Southern California, slated to be retired in 2020, be allowed to keep operating up to three additional years. They are also considering procurement that might include the development of new gas plants beyond these four power plants.

Gas pollution is one of the leading contributors to climate change and poses alarming health and safety risks, especially to working families and vulnerable communities. Just this week, warnings of power outages signal the beginning of wildfire season in California which further threatens the integrity of the grid and urgency to improve our infrastructure’s resilience with renewable energy sources.

The state has a choice in choosing local clean energy over dirty fossil fuels, explains CCAEJ Executive Director Allen Hernandez. Doing so could help communities like South Colton, which has three of the six dirtiest gas-fired plants in the state, he argues. “We only stand to gain by phasing out gas.”

Resident Jessica Gutierrez, 28, agrees. She lives within a three-mile radius of the Century and Drews Gas Substations and the Agua Mansa Gas Plant. Gutierrez says that pollution from these plants, mixed in with the toxicity of rail yard and cement plant emissions, only make it more difficult for residents to breathe.

“We already have cement plants and rail yards out here,” expressed Gutierrez. “We have freeways and gas plants. It’s just too much for our communities to handle.”