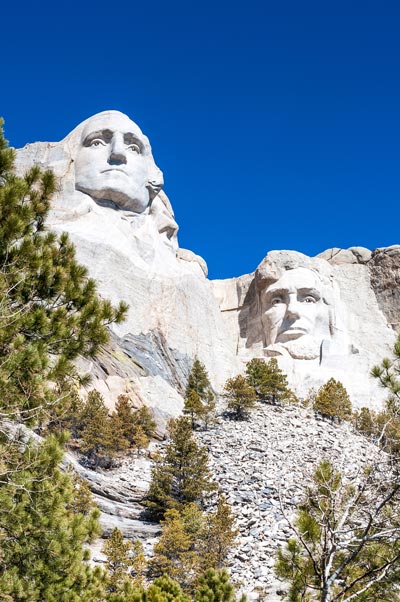 The quantity and quality of leadership were significantly different. Both spheres of discovery were male dominated. There was no comparison with Washington, Adams, Jefferson and Franklin. They guided and set the course for our nation.

Men like Alexander Hamilton, Patrick Henry and Cotton Mather made an indelible impact on the course of American history.

But, my favorite of all of them is President Thomas Jefferson. By all accounts he was very smart, creative, resourceful, energetic, determined and timid. He was slow to speak.
He was born on April 2, 1743 at Shadwell, Virginia; and died on July 4, 1826 at Monticello, fifty years after the signing of the Declaration of Independence.

Jefferson’s father was a successful planter and his mother – Jane Randolph – a member of Virginia’s elite. He inherited a substantial estate. At age 29, he married Martha Wayles Skelton and they produced six children. Only two lived to adulthood. They had a happy marriage but Martha died after ten years.

Jefferson remained a bachelor for 44 years. However, evidence indicates he fathered five children with a black slave by the name of Sally Hemmings. All five were freed by him either before his death or in his will. History also records the fact that Ms. Hemmings accompanied Jefferson to France when he was Secretary of State.

Three major contributions were made by Jefferson. First, he composed the Declaration of Independence. This document is arguably the finest defense of freedom ever written. The document proclaims that all men are created equal in rights, regardless of birth, wealth, or status, and that the government is the servant, not the master, of the people. The committee assigned to write it gave him the sole responsibility.

The second contribution was during his presidency. In 1803, he was responsible for the Louisiana Purchase from France. The sum of fifteen million dollars was paid for part or all of sixteen states. It comprised about one third of continental USA.
The states are: Louisiana, Arkansas, Oklahoma, Texas, Missouri, Kansas, Colorado, Wyoming, Idaho, Montana, North and South Dakota, Minnesota, Iowa, Nebraska and New Mexico.

The third contribution followed his two terms as President. He led in the establishment of the University of Virginia. Of particular interest to me is that Jefferson grew the first tomatoes in the USA. He wanted to prove they were not poisonous. He also introduced ice cream to our country.

He also added to the religious heritage of our country. In 1804 he started a task of editing the Gospels, seeking out the moral teachings of Jesus. In 1820, six years prior to his death, he finished the task.

In speaking of Jesus’ words, he said, “They are the most sublime and benevolent code of words which has ever been offered to man.” A copy of his edition has for many years been given to every new congressman in Washington.

Jefferson died just hours before his good friend John Adams. His wish was that his tombstone reflect the things he had given the people. His epitaph reads:

Here was buried Thomas Jefferson Author of the Declaration of American Independence of the Statute of Virginia for Religious Freedom and Father of the University of Virginia
Born April 2, 1743. O.S.
Died July 4, 1826