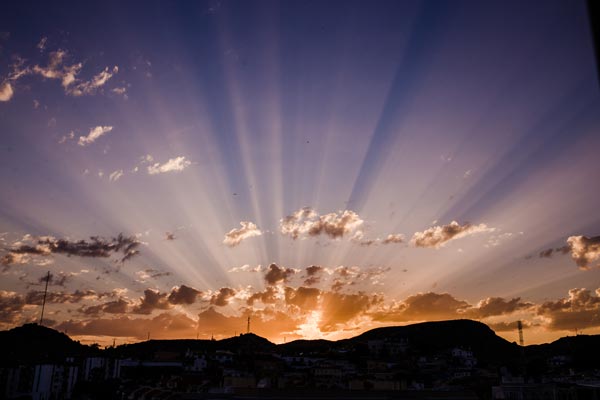 The other day I had a most unusual experience. Stella and I attended a very large church and listened to an excellent preacher and sermon. Except for one thing. I disagreed with one of his basic thoughts.

He began by telling of a very tragic event that occurred in north-west Brazil in January of 1956. Five Missionary Aviation Fellowship pilots were horribly killed by a group of Auca Indians.

Other members of MAF evangelized the Auca tribe and most of them became Christians. Within ten years, two children whose fathers were killed, were baptized by two of the Aucas.

The minister then proceeded to affirm that God endorsed the slaughter in order to Christianize the Aucas. I strongly disagreed then and still do. I cannot conceive of a God that would cause adversity to afflict one person, in order to convert or influence another.

Such beliefs are not uncommon, primarily held by ultra-conservative believers.

The above scenario is a prelude to a brief account of unique beliefs from several denominations. The first is the Mormons. They have several beliefs that are contrary to traditional Christianity. While polygamy was denounced many years ago, there are still splinter groups that practice it.

The Mormons consider the Bible and the Book of Mormon to be inspired. The most important belief and teaching of Mormons is that “God was once a man who lived on another planet.” They are firm believers in tithing, 10% of their income.

Mormons also set aside one evening each week for the family gathering.

Scientology. It was started in 1954 by L. Ron Hubbard, the noted “science fiction” author. The basic beliefs are composed of three parts. First, is the spirit of thetan (from the Greek letter theta), which means thought or spirit. Second, is the mind and third, is the body. The most important of these is the first one, thetan.

They also believe that all drugs are poisons “that inhibit spiritual freedom.” They also believe in reincarnation and the truths that can be learned through past lives. This is similar to the Buddhist and Hindu concept of Karma.

The aims of Scientology are, “A civilization without insanity, without criminals and without war, where the able can prosper and honest beings can have rights, and where man is free to rise to greater heights.

Jehovah’s Witnesses. They affirm, without equivocation, that they “strive to adhere to the form of Christianity that Jesus taught and that His apostles practiced.”

A few of the more prominent Witnesses are: Venus and Serena Williams, Prince (before he died), Naomi Campbell and her mother, Valerie, and our daughter, Elaine.

Jehovah’s Witnesses are primarily noted for their refusal to repeat the Pledge of Allegiance and to celebrate the holidays like Christmas, the Fourth of July and birthdays.

They refuse to engage in warfare and affirm “that there is no Scripture basis for the Trinity doctrine.” They also believe “that we are living in the last days.”

The Jehovah’s Witnesses was started by Charles Taze Russell in 1872. He was born on February 16, 1852 and died on October 31, 1916. He and Joseph Franklin Rutherford established the basic beliefs and organizational structure.

Ellen G. White is considered to be the founder of the SADC. She is recognized as having received the gift of prophecy, that became the basis for the denomination. Today, there are several colleges and medical schools throughout the USA that are part of the SDA.

The name “Seventh” which identifies the church, signifies that the churches worship on Saturday, rather than on Sunday. This corresponds with Jews and Muslims.

In addition, they have restrictions about food. SDA’s have been vegetarians for over 100 years. No meats are allowed in their diets, including beef, chicken, fish and wild game. Both alcohol and tobacco are banned.

Eggs and dairy products are acceptable in moderation, as well as legumes and beans, whole grains, fruits and vegetables constitute the base for their diet. Pork and shell fish are prohibited.

A final word. I have a personal regard and appreciation for each of these groups in this article. Each is unique in its own ways.

I am well acquainted with several members in each group and they are all good people. I can fellowship with them. I wish them God’s blessing.

I have chosen them because, according to my research, they and Pentecostals are the ONLY religious churches that are growing world-wide.