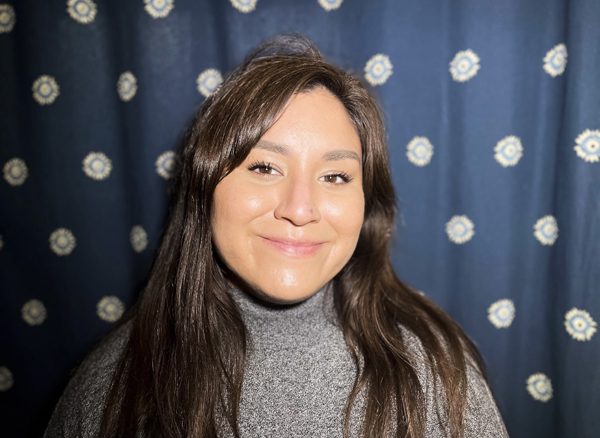 Right now, California has the opportunity to take the path toward achieving its clean air and energy goals by investing in renewable energy, production, and storage instead of continuing to waste money on fossil fuels. We know that fossil fuels contribute to extreme weather that puts Californians at risk of more fires, health problems, and blackouts.

Like me, the many Southern Californians who have survived COVID-19, in addition to mourning our dead, will have to struggle with a weakened respiratory system on top of the already existing bad air quality. That means California needs to be even more serious about pulling back on pollutants that exacerbate respiratory health problems.

If there’s anything the pandemic has taught us, it’s the value of health and life. We have seen that communities of color have higher rates of COVID-19 deaths because of the underlying health issues we are burdened by. This is not a coincidence. It is not genetics. It is tied to circumstances like having gas plants and poor air quality in our communities.

For years, Governor Newsom and the California Public Utilities Commission (CPUC) have witnessed the effects of poor air quality, increasingly deadly heatwaves, and growing wildfires, and we demand that they stop putting their faith in the very sources of pollution that cause these events.

A year ago, the CPUC set out to determine an emissions target for 2030 by requiring electricity providers to plan to achieve the current emissions target of 46 million metric tons (MMT) or a lower more efficient target of 38MMT. The lower target would put us on a pathway toward retiring around 2,000 megawatts of existing gas power and is a necessary step to a managed transition off of gas. Meanwhile, the current target locks in all of the state’s gas plants through 2030 and continues, and even increases, the dangerous emissions for many plants in areas with existing air quality issues, including my community in San Bernardino and in Riverside counties.

What’s worse is that many electricity providers agree that the lower target is not only possible but one they want to implement. By choosing the status quo, the CPUC is not only undermining the general consensus of stakeholders but is also actively standing in the way of California achieving its clean air and climate goals.

On top of this, after seemingly closing a loophole to build new gas plants in the state, the CPUC is now considering using that loophole to procure more gas, even though lack of gas is not the problem and what got us into this mess to begin with. The blackouts last August were caused by an error in the California Independent System Operator (CAISO)’s software system, combined with gas plants failing to perform. Because of its software glitch, CAISO sent thousands of megawatts to other states when we needed it most. Once CAISO fixed that issue, there were no more blackouts. In addition to CAISO’s failure, some of the state’s existing gas-fired plants were offline and the ones that were running weren’t operating at full capacity (due to extreme heat), meaning our existing gas infrastructure wasn’t reliable when we needed it most.

Now the CPUC has an opportunity to correct the record. On Thursday, February 11, the CPUC can start the transition off of gas-fired power by closing the loophole to new gas and setting a lower emissions target for power providers. California has strong climate policies. And so far, the Commission hasn’t taken the steps necessary to actually meet them. It needs to go further because those policies have little impact if the CPUC does not implement them.

Governor Gavin Newsom and the CPUC cannot continue wasting our money, pretending that they have served the best interest of the thousands of Californians who have been constantly exposed and impacted by bad air quality for years.

Although the CPUC has a responsibility to start transitioning the state away from fossil fuels, we can no longer wait for them to do the right thing on an urgent matter that will impact the health of many Californians for years to come.

Join me in calling on the CPUC to finally do the right thing and set us up for the renewable energy future that we all deserve.

A Historic Opportunity to Protect the Future of the California Desert