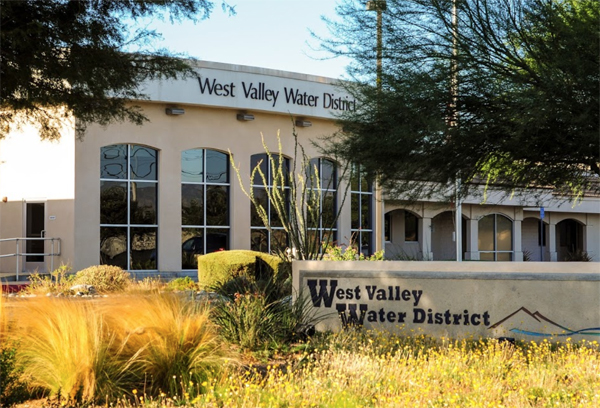 Over the last six years the West Valley Water District has gone through some turbulence and power changes. Those changes included long term Director and President Betty Gosney leaving after her last term, Linda Gonzalez losing a contentious election and former Water Director Don Olinger running and winning a seat back on the water board.

Director Olinger was once on the board and then left only to come back four years ago, “To restore harmony and the luster to the small water district,” he said, due to a series of decisions that have not rubbed certain ratepayers the right way. Things were so bad that late Rialto City Councilman Shawn O’Connell got involved in what he saw were questionable practices by the board.

Fast forward to today the board is looking down the barrel of audits conducted by the office of the California State Controller, ethics questions over campaign materials and a reported $1 million in spending on lawsuits stemming from actions taken by the current board. Some say it is time for a change.

With regards to the 4th District seat many see incumbent Don Olinger as a lone voice of reason who hasn’t been involved in any of the questionable actions. People like Gosney said that Don Olinger “is an honest man and not self serving, he is what more board members need to embody.”

Yet there are others who say that Olinger has little to show for his four years on the board and has not done anything to create better transparency.

According to Channing Hawkins, the person looking to fill the 4th District seat on the West Valley Board that Olinger currently holds, what is lacking with West Valley is that they are the last elected body to not live stream or store recordings of their meetings for the public.

“I don’t believe he made a motion or called for a vote of the matter. We are in 2019, and it is common practice for public agencies to broadcast their meetings,” said Hawkins.

Local labor advocate and Nurse Dejone Shaw agrees that Hawkins is the right choice for the West Valley Water Board. “I like Channing as a candidate and think he could jump start the necessary changes that the water board needs,” she said.

When Hawkins was asked why he was running for the water board he replied, “My kids literally brush their teeth and bathe in the water daily. My concern for our district starts with my family and other families like mine, who rely on the water to be safe, affordable and reliable.”

There are two other seats up for election on November 5th with regards to the West Valley Water District. The 1st District seat currently held by Director Kyle Crowther who is also the vice president on the board is up against two seasoned challengers – Gosney and former director Linda Gonzalez.

When Gosney was asked why she was looking to return to the West Valley Water Board, she answered, “The board needs honest, caring people, the board needs public servants and we need to stop the crazy abnormal spending.”

One ongoing theme among candidates looking to unseat the current board is to lower water rates even further than where they are now. Gonzalez pointed this very fact out, “I will support a 20% rebate and will oppose any water increase. You deserve policies and advocacy that puts you first.”

Crowther is proud of the rebates he said totals $4.8 million that has already been returned to the ratepayers. One downside, West Valley customer Diana says, is that Crowther has been on the board and is part of the problems the board faces now. “Outside of Don Olinger we need a clean slate,” Diana remarked.

The 5th District seat occupied by multi term Director Greg Young has two candidates looking to unseat him – Jackie Cox and Angel Ramirez. Young recently came under fire for using photos from the water district in his campaign materials and Photo-shopping out the face of fellow board member Crowther.

Candidate Jackie Cox said that, “As a board member I will always be honest and work with issues of the district only. I will never interfere with employee matters nor will I micromanage the general manager’s job.”

This is one thing that has been going on since long term General Manager Anthony “Butch” Araiza left his job only to return twice to run for a position as director. Since Araiza left the position of general manager, it has been a rotating door with staff coming and going from the top spot. Ramirez is a newcomer to this political game and currently is an Instructional Assistant. He is calling for “reform of the water district and is looking for customers to be put first.”