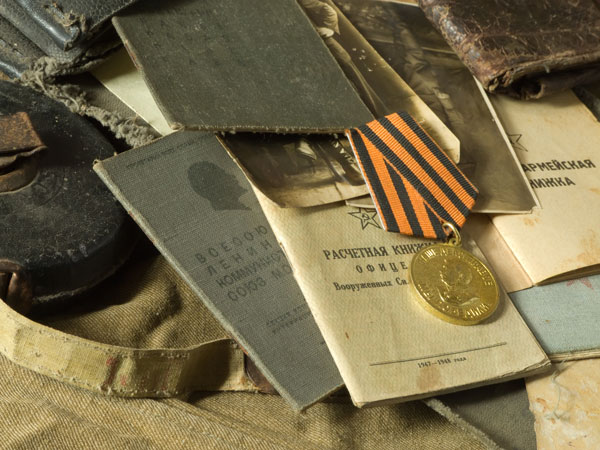 I’ve been asked several times why I’m writing about World War II. Simply, I quote George Santayana. “Those who cannot remember the past are condemned to repeat it.”

The Treaty of Versailles completely devastated Germany. Its demands precipitated -caused-World War II. The economy was destroyed; the military was eliminated; the government was in shambles and the people were demoralized.

The decisions made by the Allies created situations that were made for a man like Adolf Hitler. He had a message, “I will make Germany great again.” He was patriotic and had the gift of oratory.

He was smart enough to appeal to a base of citizens that felt disenfranchised.

Their overall reaction to the Treaty was of outrage. The vast majority felt it was unfair.

They hated Clause 231, which blamed Germany for the war. It was denied, and the national pride was assaulted.

The demand for reparations, and at first Germany refused to reduce the size of the military. Along with these views the Treaty demanded ten percent of Germany’s territory.

All the above created an environment that opened the door for a person like Hitler. His message was mesmerizing. 1) Germany will be great again. 2) We are special to all the nations. 3) The Jews have caused our economic problems. 4) The Nazi Party will bring jobs, better living conditions because of Germany’s superior military forces. 5) Religion-especially the Catholic Church-is Germany’s enemy.

6) Heil to the Super-race and the Fuhrer. 7) And above all, a strong sense of nationalism. I remind you that Neo-Nazi means, “REVIVE NATIONALISM.”

On September 1, 1939 Hitler invaded Poland from the West and Russia invaded from the East. They each annexed half of it. This was the beginning of World War II. Britain and France responded by declaring war on Germany on September 3rd.

In 1940, there was a lull in the war until April 9. Norway and Denmark were invaded on May 10, the Netherlands, Belgium and Luxemburg fell. On June 22, France capitulated.

The unique battle of west France where Germany pushed the British back to the Channel, was known as Dunkirk. The retreating British were outnumbered and were being slaughtered, when hundreds of boats-even rowboats-appeared and salvaged the British survivors. The battle lasted from May 25-June 4, 1940.

With German encouragement, Russia annexed the Baltic countries in August, 1940. To the amazement of most historians a fatal decision was made by Hitler. The German Air Force dominated Britain, but instead of following his Generals’ advice, Hitler refused to invade Britain. In my opinion, that was the beginning of the end for the Nazis.

Hitler’s second fatal mistake was invading Russia on June 22, 1941. He should have remembered Napoleon. Both armies met their end in Moscow. The bitter weather defeated them both. On December 6, 1941, Russia drove the Germans back into Poland. The next day, December 7, 1941 is memorable to all Americans.

A slight change in direction. On June 10, 1940, the North African fight started. It lasted until May 13, 1943. The campaign was fought between the Allies, (U.S, Britain and Canada) and the Axis powers (Germany and Italy). The battles were fierce until the Allies delivered a decisive defeat against the Axis, pushing them back to Europe.

The Allies were commanded by Lt. General Bernard Montgomery and the Axis by Erwin Rommel. The latter was forced to surrender.

Then came May, 1942, the British Royal Air Force sent 1000 bombers against several German cities. For the first time the Germans felt the ravages of war. The end was near.

In July of 1943 the Allies landed in Sicily and Benito Mussolini’s future was about over. In spite of making the Italian trains run on time. He was shot in April, 1945.

An aside about Josef Mengele. He was one of the worst German leaders. He directed over 1000 experiments with humans-he decided which humans would be used as the prisoners got off the trains. He escaped capture by fleeing to South America. Uruguay, Paraguay and Brazil.

His life ended in confusion. He had assumed the identity of a dead man. No one knows exactly the date.

On June 6, 1944 (D-Day), 150,000 Allied troops landed in Normandy, France, from across the Channel from England. Under the leadership of General Dwight Eisenhower, the troops battled the Germans and headed for Berlin.

France was liberated by the end of August and the Allies entered Germany on September 11 one month after the Russians entered the Eastern border. In mid-December, the Germans began a counter attack. It is known as “the Battle of the Bulge.

On January 12, 1945, the Soviets liberated Poland and Hungary. In February, the Allies bombed the city of Dresden, killing about 35,000 citizens. American troops crossed the Rhine River on March 7, 1945.

On April 30, 1945, Adolf Hitler and Eva Braun committed suicide. Then on May 7, 1945 Germany surrendered UNCONDITIONALLLY.

World War II resulted in an estimated 35 million deaths worldwide. It was the largest and most destructive conflict in history.

IN CONCLUSON, I URGE YOU TO RE-READ THE OPENING PARAGRAPH.

I have a documented record of 27 attempts to kill Hitler. Urban stories state there were at least 27-70 attempts.

Two stories about their (Adolf and Eva) deaths; one theory, by cyanide for his dog and Eva and the other theory that Hitler used a 9-millimeter gun on himself. Their bodies were cremated.

Thousands of Italians fled to Argentina following the war. And thousands fled to Switzerland and Brazil from Germany. Many wealthy and educated Germans, like Einstein and von Braun, came to the U.S.A. prior to the war.   Many of Hitler’s leaders were sent to prison or death after the Nuremburg trials.

The concentration camps were made up of: Jews, Masons, gypsies, ministers, scientists, artists, musicians, authors and educated people, men, women and children.