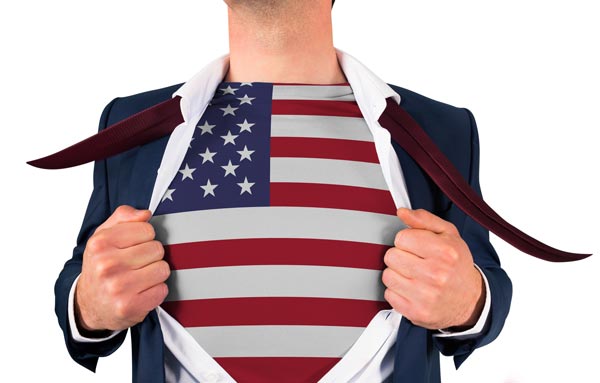 Patriotism is an attitude that every citizen of our country is expected to possess. And to express. Years ago, when I was a pastor in South Florida, I was friends with a black minister. We often discussed the art of preaching.

In this article I’m going to follow his methodology about expressions of Patriotism. First, are the ways the Founding Fathers suggested we should celebrate July 4th, Independence Day.

Second, is how our flag was created and the National Anthem. Third, is the creating of the Pledge of Allegiance.

Independence is a special day ever since the Continental Congress formally adopted the Declaration of Independence on July 4, 1776. The declaration had largely been written by Thomas Jefferson.

In 1870, the U.S. Congress made July 4th a federal holiday. In 1941 the provision was expanded to grant a paid holiday to all federal employees.

From 1776 to 2018 – 242 years, Americans have been celebrating the birth of American Independence, with festivities ranging from fireworks, parades and concerts to more casual gatherings and bar-b-ques.

From my earliest years I have been a celebrant on July 4th. Whether I was in my hometown, college town, churches – as a minister-or retired, I’ve participated in celebrations.

In the second section of this article, there are four primary emphasis. First, is the origin of our flag. Credit is traditionally given to Elizabeth Betsy Ross for sewing the first flag. However, this story was first published about 100 years later in 1870 by her grandson, William Canby.

According to Betsy, as recorded by Canby, she was approached by General Washington, Robert Morris and George Ross. They gave her a sketch of a flag with a prepared design.
Amen. Selah. So be it.

She agreed but also made a few suggestions: thirteen stars in a circle representing the 13 Original Colonies and a five-pointed star instead of six. She was paid 14 pounds on May 29, 1777. On June 14, 1777, Congress officially adopted the Stars and Stripes as the national flag.

It consists of thirteen equal horizontal stripes of red stripes on the top and bottom. They are alternated with white stripes. Nicknames for the flag include the Stars and Stripes, Old Glory, and the Star-Spangled Banner.

The 50-star flag was decided by President Eisenhower on August 25, 1959. It was adopted on July 4, 1960. When the flag is displayed in a church, it is placed to the right and in front of the minister. There are many days when the flag is encouraged to be on display. However, Flag Day is officially on June 14.

Francis Scott Key is the author of the Star Spangled Banner, our national anthem. It is revered and honored, but historians have a different view. One of them says, “It is one of the most racist, pro slavery, unto blacks in the American lexicon.”

Why? Because the author was a rabid racist, hated all blacks. The only verse worth singing is the first verse. The rest is out right racist.

“The red stripes represent the hardness and valor that was used to get the U.S. to where it is. The white strips represent the innocence and purity that exists in our country.

My third emphasis is about the Pledge of Allegiance. It was written in 1892 by a 37 year old minister, Francis Bellamy. On October 12, 1892, 12 million school children repeated the pledge in honor of the 400 anniversary of Christopher Columbus’ voyage.

In 1954 the Pledge of Allegiance was drastically changed when President Dwight Eisenhower convinced Congress to change the Pledge, by adding the phrase “UNDER GOD.” One correction in repeating it. It should read “one nation (without a comma) under God”

Finally, remember to Celebrate Independence; Salute the flag and sing our Anthem and Pledge Allegiance.