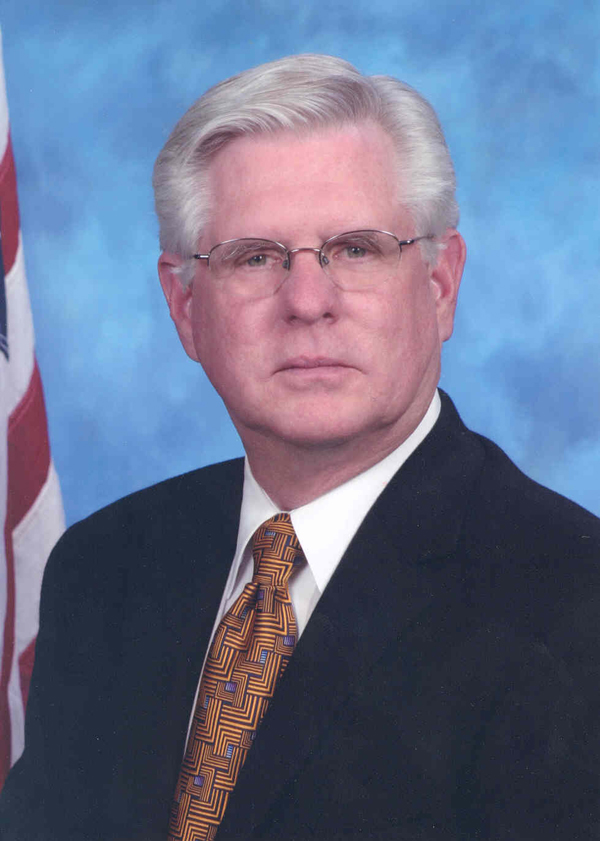 The County today mourns the passing of former Board of Supervisors Chairman Dennis Hansberger of Redlands.

He counted among his greatest accomplishments the building of the Seven Oaks Dam, the San Timoteo Creek Project, securing federal funding to combat blight, his efforts to restore the public’s trust in local government, and the expansion of the San Bernardino County Museum, the board of which he served upon until his death.

Chairman Hansberger passed away this morning after a brief illness. He was 78.

He is survived by his wife, Dr. Karen Gaio Hansberger, Chief Medical Officer of the Inland Empire Health Plan, and four adult children.

“Dennis is a legendary figure in the history of San Bernardino County,” said Board of Supervisors Chairman Curt Hagman. “We will remember him as a fearless and vocal advocate for ethical, open, and intelligent government who guided our county through some of its most challenging times.”

“Dennis is a San Bernardino County icon who was always steadfast in his convictions and who valued the truth above his own popularity,” said Board of Supervisors Vice Chair Josie Gonzales, who served on the Board with Chairman Hansberger for six years.

“He was a maverick when that’s what was needed to move this county forward in a positive direction,” Vice Chair Gonzales added. “Dennis was never afraid to say what needed to be said and bring up new ideas and fresh approaches. We fought some tough battles together, and I will miss his presence in our county community. He was an honorable man.”

He spoke about starting his business career at a young age cleaning out the inside of mixing drums on cement trucks, working the night shift while attending school. By the age of 23, he had become financial manager for Tri-City Concrete Company in Redlands.

He was elected to his first term as Third District Supervisor in 1972, and a little more than two years later became youngest Board Chairman among California’s 58 counties.

Chairman Hansberger chose to return to the private sector in 1980 and created a consulting firm specializing in land-use planning, public policy, and mining and mineral resources, He has always been active in community organizations and volunteer work for causes ranging from wildlife preservation to prison inmate work rehabilitation.

He was also a founding member of the South Coast Air Quality Management District Board of Directors. He liked to note that when the board was formed, there were more than 100 Stage-1 smog alerts each year. As of today, there hasn’t been one since 2003.

Chairman Hansberger decided to re-enter government in 1996 and again was elected to serve the Third District on the Board of Supervisors.

He was actively involved in the improvement of local communities, including funding assistance for a new Boys and Girls Club on the north side of Redlands and expansion of the County Regional Park System, especially Yucaipa Regional Park.

Chairman Hansberger headed the response to the bark beetle infestation, including obtaining funding, removing infected and dead trees, and assisting residents in obtaining clear space around their dwellings. He also led the rebuilding of infrastructure after multiple large wildfires and helped residents rebuild their homes.

He served on and chaired the IEHP Board of Directors and fought for quality healthcare for the underserved.

Chairman Hansberger also served as the president of the Southern California Association of Governments, better-known as SCAG, and was appointed by the governor of California to serve on the California State Board of Mines and Geology.

“Dennis was a kind, thoughtful leader who truly cared about improving the lives of the people he served,” said Third District Supervisor Dawn Rowe. “The role he played in shaping the future of our county cannot be understated. Our thoughts and prayers go out to his wife, Karen, and his entire family.”