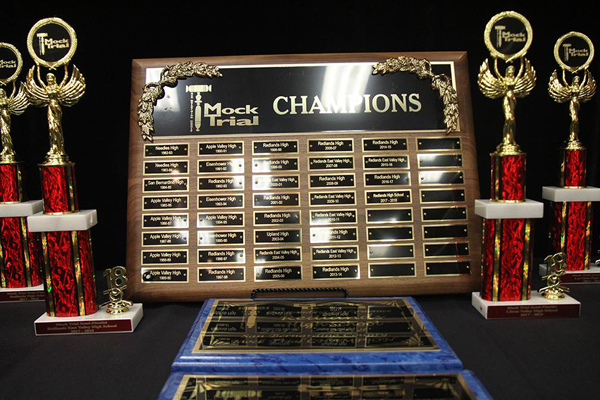 The top two teams from each semifinal match advance to the county Mock Trial finals, which are scheduled to begin at 9 a.m. on Jan. 18 and will be held at the Foothill Law and Justice Center in Rancho Cucamonga.

Redlands High has made the finals in each year since 2010 and is seeking its record 16th county title. Los Osos (Gold) has qualified for the semifinals for five consecutive years. Oak Hills (White) and Rancho Cucamonga (Purple) are both making their first appearances in the semifinals.

The Mock Trial competition simulates a criminal case where students portray the principal courtroom characters on both the prosecution and defense sides of a case before a real judge. This year’s case is People v. Matsumoto, a murder case. There were 32 county teams that competed in four preliminary rounds that ended on Dec. 4.