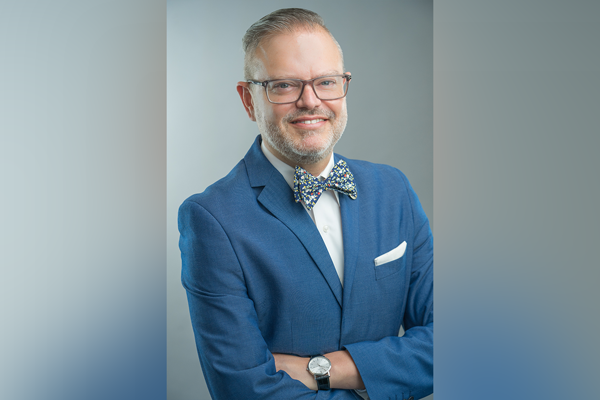 The decision came at Thursday’s public board meeting after the trustees had sent out a request for people interested in filling the seat to submit applications.

Gonzales has served the City of Redlands for 22 years in the Special Collections Division at the A.K. Smiley Public Library. Since 2013, as an historian, archivist, and curator, he has overseen the library’s Lincoln Memorial Shrine museum’s annual budget, personnel, and volunteer program. Gonzales also serves as an adjunct professor in the University of Redlands History Department. He earned his doctorate in history in 2006 from the University of California, Riverside.

During his comments to the board of trustees on Thursday, Gonzales said his great-grandparents, who were immigrants, had limited educational opportunities, driving his appreciation for SBCCD’s mission.

“With nearly 100 years of service to our region, SBCCD has made an immeasurable difference in the lives of hundreds of thousands of people. I am excited about the opportunity to contribute my experiences to benefit students, families, and my community,” said Gonzales.

Gonzales will fill the board vacancy that Trustee Donald L. Singer created when he retired on September 15 after serving since 2001. The vacancy drew interest from eight people.

“Dr. Gonzales’ diverse expertise and commitment to education will be a tremendous asset to the board as we work together to uplift students and families,” said SBCCD Board Chair Dr. Anne L. Viricel.

Gonzales will be sworn in at the November 18 board meeting. His appointment will be in effect until the next Trustee Area 4 election in November 2022.