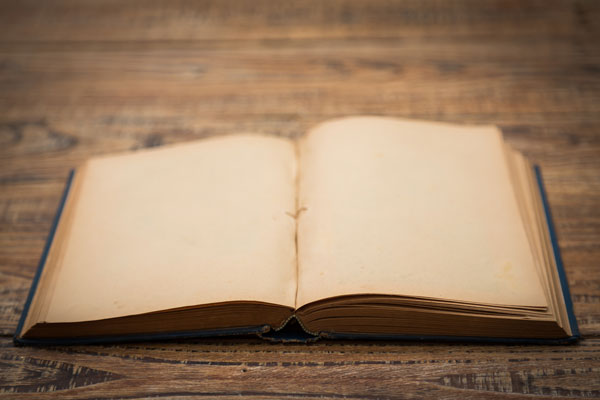 I make the claim to be a wanna-be historian. I exercise this claim by studying and interpreting historical events. The Civil Rights movement began way back in the Civil War with the freedom of a large segment of our citizenry. The freedom of the slaves.

A casual survey of history also gives a certainty about a civil right that goes back at least 2000 years. As a therapist for over 65 years I have studied the need for it, the availability of it and the insistence for it.

The absence of it is the cause for more mental and emotional disturbances than anything else. It is not a physical condition but a spiritual one.

Hippocrates is considered the father of the medical system. But Jesus was the one that insisted in diagnosing the cause and the cure for emotional trauma.

He described it as UNFORGIVENESS. His cure was simple, FORGIVENESS. There are two basic elements that are involved. It is an individual state and also an interpersonal relationship problem.

Rene Descartes lived in the 1600’s, March 31, 1596-February 11, 1650 and his philosophy influenced Western medicine for several hundred years. It was and is known as the Cartesian philosophy of medicine.

His view was simple and singular. He said there is no or little connection between the mind and the body of humans. For those hundreds of years medicine viewed any illness as a genetic breakdown.

But in the 1930’s a Canadian doctor, Hans Selye, MD, changed the Cartesian dominance forever. He proved that the mind did affect the body. As an Endocrinologist, he revealed that anxiety/ worry, THE MIND, actually was the cause for ulcers, THE BODY.

It was a slow process until the 1950’s when men like Dr. Norman Cousins, Dr. Bernie Siegal, Dr. Herbert Benson, plus many others joined the fray. The logic and the evidence began to change the Cartesian attitudes among most doctors.

WHICH BRINGS ME TO MY BASIC VIEWPOINT. I PLACE UNFORGIVENESS ALONGSIDE OF ANXIETY AND WORRY AS A BASIC CAUSE FOR MANY ILLNESSES.

Of course there are those medical conditions that are genetic weaknesses and birth defects, environmental and behavioral habits that significantly cause serious illnesses.

There is another cause that is equally disruptive. Between two persons or between families, feuds have lasted for centuries. The problems are caused by the same attitude. UNFORGIVENESS. It is a disease that is contagious. The only cure is FORGIVENESS.

Several years ago a research company in Dallas, Texas was contacted by a multi-millionaire to research a certain problem. He wanted to know if there was a common denominator in a thousand emotionally ill patients.

They were paid $25,000 for their decision. After several months of research, they reached a consensus. The most common denominator was RESENTMENT and UNFORGIVENESS.

Mahatma Gandhi states, “The weak can never forgive. FORGIVENESS is the attribute of the strong. Forgive those who have hurt you.

Believe it or not, Mark Twain, the noted comedic author and performer said, “Forgiveness is the fragrance that violets shed on the heel that has crushed them.”

Augustine, the founder of many of the beliefs of the Catholic Church said, “FORGIVENESS is the remission of sins. For it is by this that what has been lost, and was found is saved from being lost again.”

Henry Ward Beecher, one of the greatest preachers of all time is recorded as saying, “God pardons like a mother, who kisses the offence into everlasting forgiveness.”

One of the Islamic authorities has said, “One of the moral traits recommended in the Qur’an is FORGIVENESS.” Mohammed the Prophet says in the Qur’an, “Allah is ever forgiving, most merciful.”

Pope Francis I is emphatic. “The world needs FORGIVENESS.”

The question I have, where is Luther’s reference? I suggest the Lord’s Prayer in Matthew 6:12, in the prayer Jesus taught His disciples to pray. “Father, forgive us our trespasses, as we forgive those that trespass against us.” Being forgiven by God demands that we forgive. Jesus also told His disciples in Matthew 18:22 to forgive 70 times 7 equals 490. No one can afford to ignore the spiritual and physical benefits of FORGIVENESS.