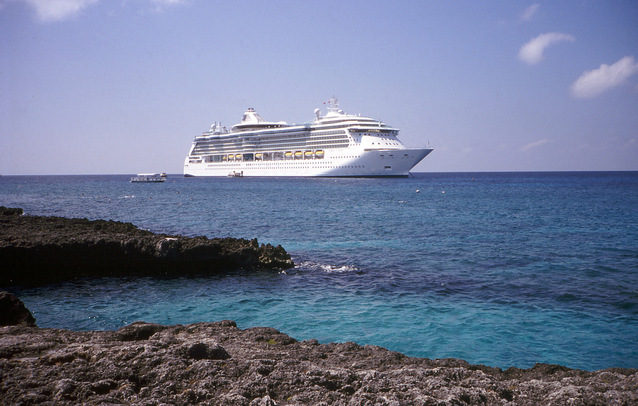 I’ve been on 146 cruises, most of them as a lecturer. There are many benefits in cruising. The price, the food, the entertainment, the destinations and of course, new friends. Amazingly, Stella and I have also experienced many humorous events.

Upon getting to the final deck, Stella asked me about my walker. She had left it at the entrance. She could not go back down without a guard. Finally, she went down and to her amazement the walker was right where she had left it. She rushed with it to where I was and we both roared with laughter.

Another story. Our Princess ship was docked at Victoria, Vancouver. Everyone but Stella and I were ashore. We were on the fifteenth deck having a buffet lunch. We were on the starboard side, by a huge window.

A Norwegian ship had docked beside us, about 30 feet away. Suddenly the tug boat that had docked the Norwegian ship broke loose and the ship began to drift toward us. People were aghast.   Hands covered their mouths and Stella and I just watched. It came closer and suddenly banged against our ship. Several tenders were splintered. Three glass windows also on the ship cracked. The scene was overwhelming and watchers broke out with hilarity. Fortunately, no one was injured.

Later repairs were made and within two days later we continued our voyage.

When I was lecturing I always began with a magic trick. On one cruise I had two trick knives with me. On boarding the ship, we were searched for contraband and the inspectors found my knives. They laughed while taking the knives. As I left they stopped and asked me how the tricks worked.

I was torked off. I said something like, “no way. Why should I show you how the trick works when you took them from me.” Stella and I laughed – later.

We (Stella and me) have been through the Panama Canal about twenty times. I remember two very funny events. The first one involved when I was doing a trick that involved two spoons. I can put them end to end and make them whirl around. I offer $20.00 to anyone that can duplicate the trick. Strobe lights were all over the place. When I started the whirling, I dropped them and the bright lights affected my sight. I could not retrieve them. I yelled, “Stella, Stella.”

She came running from the back of the theater and salvaged my act by picking up the spoons. Embarrassment was mine, but later we both laughed.

Another humorous event happened off the coast of Costa Rica. I had told the audience about Jurassic Park II, when two dinosaurs escape the island and made it to the jungle in Costa Rica. I enlarged the scene by telling the audience how Stella had taken a jungle trip and escaped. Two dinosaurs had scratched her back seriously.

Always when I finished my lecture I would tell the audience to turn and hug a couple people with a great hug. At that moment, an elderly lady turned to Stella and started to hug her. Suddenly another woman stopped her and said, “Don’t hug Stella. She recently had her back scrapped by a huge DINO.”

Obviously, we laughed and still do, when I tell it.

I’ll never forget a cruise that included Richard Simmons with 250 of his overweight group of people (men and women).  They always ate their breakfasts and dinners together. But at the buffet lunches, they were on their own – Richard never was close by.

I’m a pretty big guy. As they rushed the buffet line I was roughly shoved out of the way – unceremoniously especially by the women. The ladies wore skimpy bikinis and the men skimpy thongs.

Watching the men and women gobble down the forbidden food was hilarious.

I often refer to the Carnival Cruise Ships as the Booze Cruises. We (Stella and I) decided to try one simply to see if I could make it on a smaller facility. Usually I have a handicapped room.

There were several items on this cruise. Ninety percent of the cruisers were young adults. Most of them were always “half-swacked.” The girls all were scantily dressed-short shorts, bra-less and flirty.

Several of the girls were doing the pole dance. Couples were monopolizing the handicapped restrooms for thirty minutes at a time. There were ten amazed nuns watching them with eyes wide open. The food was lousy.

Finally, my last laughter for this article. Stella and I were leaving Gold, Oregon and heading for Portland, Oregon. The ride was beautiful with abundance of large trees, and very few stopping places.

Stella developed an urgent need to stop for a restroom There wasn’t a resting place. Finally, we came into a huge comfort shopping place. As we started to exit the car we saw a huge figure of Paul Bunyan. As if he could sense our plight, we heard a loud voice say, “the restrooms are straight ahead.” We hardly made it for our laughing. 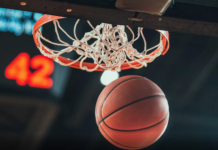 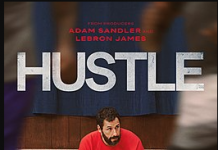 “Hustle” is one of the greatest sports movies in recent history

The NBA should not shorten its season