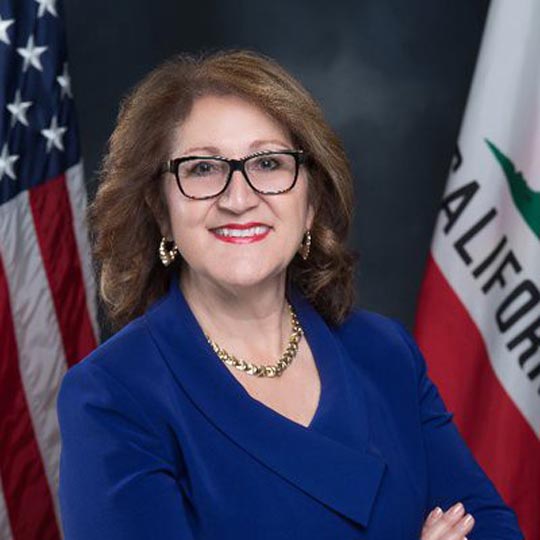 Assembly Majority Leader Eloise Gómez Reyes announces her re-election run in the newly-numbered Assembly District 50. Reyes has represented the Inland Empire since 2016 and has been a champion for the environment, education, equity, and increasing access to healthcare and other services for residents.

“I am excited to announce that I will be running for re-election in Assembly District 50 this year. I am proud to represent most of these communities now, and I look forward to 2022 and the work we’ll do together for Assembly District 50 and for the Inland Empire,” said Majority Leader Reyes.

Eloise Gómez Reyes was first elected to represent the Inland Empire in 2016. In her first two terms, Eloise championed bills and issues that increase equity and inclusion in vulnerable communities throughout the state.  Eloise, a proud daughter of immigrants, has been a champion for her community throughout her career. The lack of access to quality legal services in her community led her to become the first Latina to open her own law firm in the Inland Empire in order to provide necessary representation to her community.  Eloise graduated from Colton High School and received her A.A. from San Bernardino Valley College. She received her Bachelors of Science degree at the University of Southern California and then Eloise went on to earn her law degree from Loyola Law School. On December 7, 2020, Assemblymember Eloise Gómez Reyes was appointed as Majority Leader of the California State Assembly, becoming the first Latina and only the fourth woman to hold the position.  Eloise is honored to serve the constituents of her district and is committed to working with her community to build a better quality of life for all residents of the Inland Empire.

The redistricted Assembly District 50 includes the cities of Colton, Loma Linda, a portion of the cities of Fontana, Ontario, Rancho Cucamonga, Redlands, and San Bernardino and the unincorporated community of Bloomington.