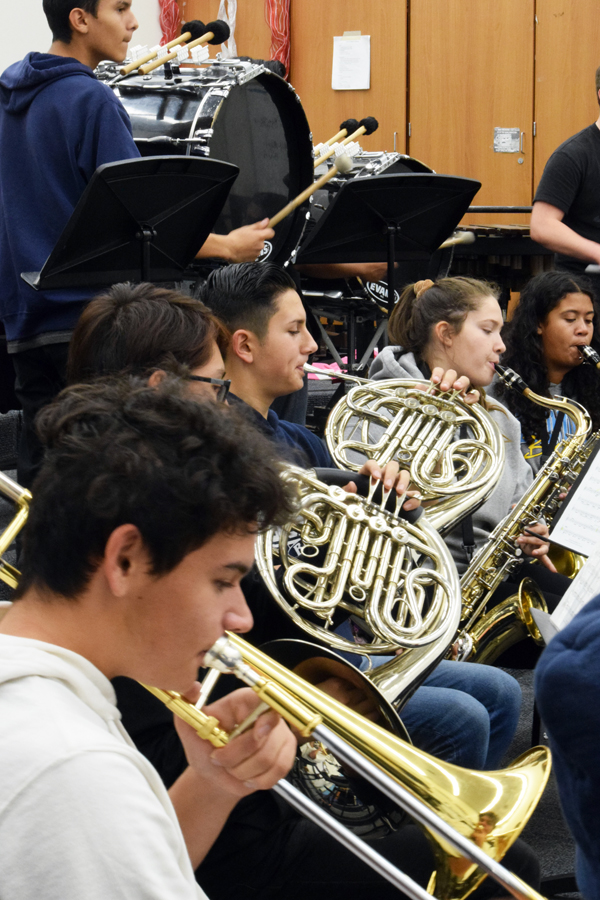 In a little over a week, members of the Bloomington, Colton, and Grand Terrace High School bands will be headed to London for the London New Year’s Day Parade, a huge event attended by nearly 700,000 spectators and viewed on television by millions.

A total of 37 students will be participating in the parade, marking the first time Colton Joint Unified School District musicians have been part of the global event. More than 8,000 entertainers take part in the parade.

Bloomington High School earned the spot after Band Director Victor Torres sent in an audition video. Lord Mayor Duncan Sandys from Westminster and parade founder Bob Bone personally made a trip to Bloomington in October of 2018 to formally invite the band.

The group will be in London Dec. 29-Jan. 4. They will perform in the parade on New Year’s Day and will give a concert in St. John’s, Smith Square on Dec. 30.  The group, who will be traveling together, has a full itinerary including performances, practices and plenty of sightseeing opportunities.

Torres hopes the experience will be something the students will remember for a lifetime. None of those going have been to Europe before.

Lesley Nuñez, former drum major and 2019 BHS graduate will be joining the group as a saxophonist. A huge Harry Potter fan, Lesley said she is most excited to go on a Harry Potter tour in London. The parade, she said, is exciting, but “little nerve wracking” since it will be seen by so many people and broadcast live on television.

The performance is the most exciting part of the trip for BHS senior Joseph Lozano, who plays drums.

“The parade is something I’ve always wanted to do,” he said.

The only parade Joseph has participated in before this experience has been the Homecoming Parade from Ruth O. Harris Middle School to the BHS stadium. The London Parade will be much more intense, and much longer… about 2.5 miles.  To get ready, band members have practiced several afternoons and weekends, including marching around the BHS track. Last weekend’s rain gave them a taste of what it might be like in London.

Want to cheer the band on? No need to book a flight to London. You can watch the London New Year’s Day Parade on KCET and KVCR. It will air at 7 PM on January 6 on KVCR. It also will stream live on the parade website: www.lnydp.com. The parade takes place Noon-3:30 PM London time, which is 4 AM – 7:30 AM Pacific Standard Time (London is 8 hours ahead of California time).