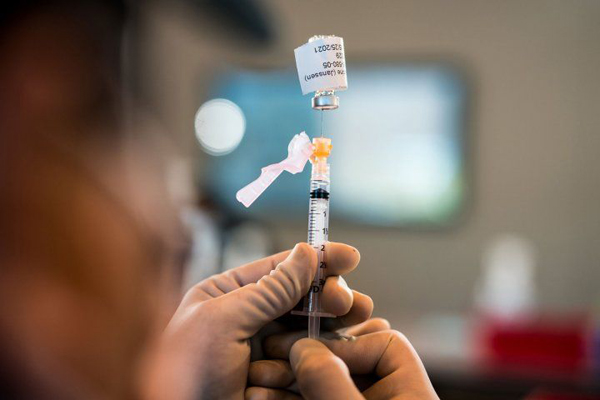 Nonprofit organizations and faith leaders across the Inland Empire are combining forces in an urgent effort to reach communities most impacted by COVID-19. Recognizing vaccine hesitancy and circulating misinformation, leading community groups are partnering to maximize vaccine efforts in this critical moment of reopening and recovery.

The initiative, IE COVID Recovery, led by Inland Empire United, brings San Bernardino and Riverside County groups together to share messaging and strategies for reaching communities most impacted by the pandemic. While community groups along with Sierra Health Foundation have been collaborating since early February, many groups are now heeding the call to help increase vaccination rates and fight misinformation head-on as a critical life-saving effort in their communities.

“We’re saturating our neighborhoods with images and messages in their languages that speak to their needs and concerns,” explained Anna Lisa Vargas, Communities for a New Education Fund (CNC) lead Coachella organizer. “We care about the people who make up our neighborhoods so we’re doing our best to get them vaccinated.”

Drawing on political organizing experience, creative methods and trusted voices, groups such as CNC are meeting residents in the spaces they most frequent. Drawing on their community organizing experience, CNC is meeting Coachella residents “on their turf”,  in the physical and virtual spaces that they frequent most. CNC recently launched a Subete la Manga (roll up the sleeve) challenge, kicked off by well-known radio host Don Cheto who calls on residents to roll up their sleeves and get vaccinated with a little dance to the tune of Mexican party music. In the Coachella Valley, over 65,000 residences have been reached with life-saving vaccine information.

With Riverside County reporting a 34% increase in administered doses over the last week, these efforts are succeeding. “It is apparent that the community outreach to encourage vaccine adoption and fighting back the disinformation is working. While the Inland Empire has a long road to recovery and herd immunity, residents have spoken and are anxious to get vaccinated to protect themselves and their families,” explains Michael Gomez Daly, Executive Director of Inland Empire United and convener of the IE COVID Recovery initiative.

Campaign efforts have been driven by research polls conducted in January and April in partnership with the Othering and Belonging Institute (OBI) and Inland Empire United by UC Berkeley’s Institute of Governmental Studies (IGS). The poll oversampled voters in the Inland Empire with a series of questions designed to capture attitudes on COVID-19 vaccination and mitigation efforts. The positive takeaway from the results is that both hesitance and resistance to vaccination have dropped substantially across IE communities of color from January to May. By  May, the declines in hesitancy among IE voters of color were large and outpaced that among whites. Overall, 17.2% of IE voters of color are now undecided (down 12.3 percentage points), and 20% of English-dominant Latinxs (down 11 percentage points).