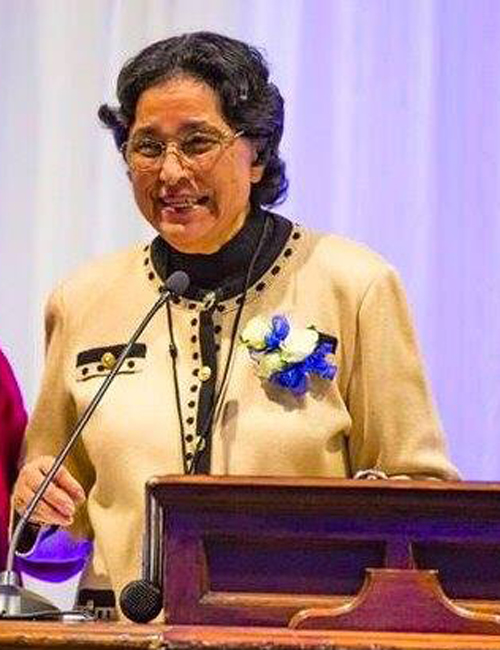 Marta Macias Brown, an advocate of human rights, social justice, and equal access to education, as well as the original editor of El Chicano newspaper (the first grassroots publication of the IECN newsgroup), passed away peacefully at home on Friday, December 17. She celebrated her 77th birthday just three weeks ago.

A resident of Riverside, native of Inland California, longtime public servant, former member of the California State Bar Board of Governors, mother, surviving spouse, sister, friend, and champion of the legacy of her late husband Congressman George Brown, Marta was born in the year of D-Day and lived the narrative of Latina/o and Chicana/o empowerment and women’s assertion of self-determination and equality.

Marta met the former Congressman in 1971 during his campaign to win a new inland seat in Congress when he appeared for an interview with El Chicano newspaper.

George Brown, a brave outspoken foe of the Vietnam War during his first decade in Congress in the 1960s, promoted science, protecting the environment, and civil rights. He was a liberal ally of Cesar Chavez, a solidarity born of his own humble roots in the carrot fields of Holtville, near the Mexican border. With the support of both Macias sisters, Brown went on to win that seat in November 1972. He represented an often-shifting San Bernardino and Riverside County district for 27 years.

Marta Macias joined his staff and worked with Brown for years before the two eventually married, overcoming the stigma of a 20-year age difference and enjoying a decade that the Congressman described as the happiest of his life.

After her husband’s death in July 1999, Marta Brown ran for and very narrowly lost the special election to succeed him in Congress. Today, after reconfigurations, the communities formerly represented by Rep. George Brown are served by Members of Congress Pete Aguilar and Mark Takano. Both embraced Marta Brown, celebrated her contributions to their constituents, and delivered keynote remarks at events of the George Brown Legacy Project (GBLP). The GBLP was founded in 2010 to ensure the preservation of Brown’s records and recognition of his recipe for problem-solving through community and public service.

In 2007, Marta Brown joined in the grand opening of the George Brown Memorial Highway, a section of the 210 Freeway designated in his honor through efforts by then-Assemblymember Wilmer Amina Carter and others.

In 2014, she attended the grand opening celebration of the George Brown Jr. Elementary School in San Bernardino and a reception at the George Brown Federal Courthouse in Riverside, two public facilities that signify the devotion to public education and equal justice under the law that Marta and her husband shared.

In 2016, Marta celebrated the grand opening of the George Brown archives at UC Riverside. The ceremony culminated a six-year effort to safeguard, sort, and open her late husband’s copious collection of Congressional materials to the public.

In March 2022, after another six-year effort, Marta Brown and her late husband will be memorialized in the launch of research grants by GBLP to promote use of the archives for civic problem-solving and advancing equality, education access, and protection of the environment.

Tributes to Marta Brown will be featured in 7 Lives Who Led The Way on Sunday, January 16, 2022, at 2 pm PT via Zoom. The event honors 7 friends and supporters of Rep. George Brown who advocated for racial, gender, economic, and environmental justice and who passed away in the preceding 7 months.