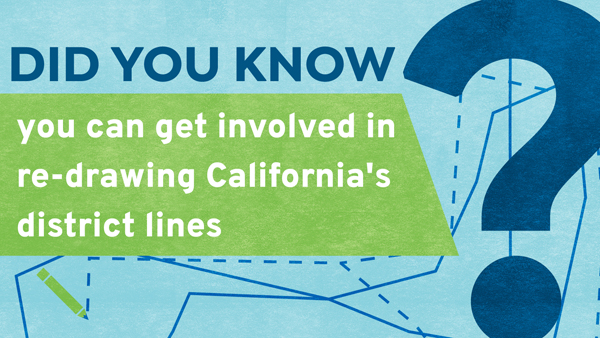 At the same time, Inland Empire communities are on the frontlines and fencelines of the climate crisis. This means that our communities, particularly our Black and Latino neighbors, are experiencing worsening climate impacts every year. Our wildfire “season” is from September to August. The San Bernardino National Forest was closed due to wildfires, and may be closed into the fall. Water is becoming more scarce. We are also experiencing higher rates of pollution and health impacts like asthma because of our proximity to power plants and warehouses.

Communities in the Inland Empire are calling for climate solutions because we’re experiencing the climate crisis firsthand. We recognize that this crisis can only be solved when those of us who are most directly impacted – our families, our neighbors, our friends – are helping to create solutions. We also need to elect local, state, and federal leaders who not only look like our communities but who recognize the urgency with which we need to act.

Right now Inland Empire residents have an enormous opportunity to shape our political and environmental futures for the next 10 years and beyond. California is one of just 10 states in the nation that has developed its own Citizens Redistricting Commission (CRC), a public and independent commission that redraws political districts with community input.

In other states, politicians are in charge of redistricting. They draw district lines that benefit political interests but not necessarily the communities that these leaders represent. Yet here in California, people like you and me who love our neighborhoods, parks, and public lands can advocate for these special places. Where other states have politicians choosing their voters, in California, we draw the lines.

Between now and the end of the year, Inland Empire residents can tell the Commission how our districts should be drawn for the next decade. You can tell the CRC that your community or region should be included in one district because of your shared experiences, values, and priorities. You can even submit your own maps of what you think your district should look like.

When we keep our communities together, we can elect leaders who will boldly invest in climate solutions like holding polluters accountable and protecting clean water and air. We can elect state Assemblymembers who know that warehouses shouldn’t be built near schools. We can send leaders to Congress who will protect our California Desert National Monuments and fund clean energy projects, bringing jobs to the Inland Empire.

Join the Inland Empire League of Environmental Justice Voters in providing input to the CRC. We’re convening bilingual opportunities to get involved in English and Spanish. Sign up here for more information.

When we put our democracy in the hands of the people who love the Inland Empire, we can draw a line in the sand—for our communities and our planet. We can help draw districts that unite us around the most critical issues of our time. I hope you’ll join us.