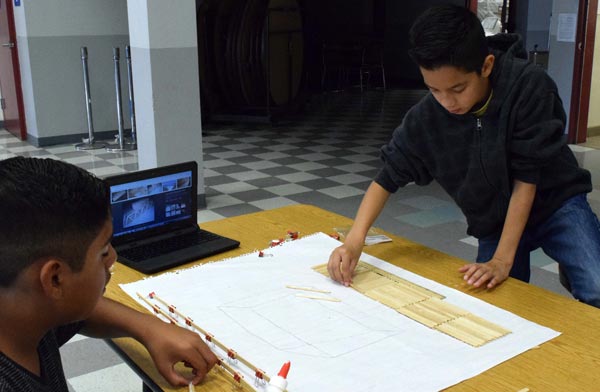 A fun engineering project to build bridges out of Popsicle sticks grew out of another lesson directed at college and career readiness. Soldmann, who also works as the district’s Curriculum Specialist for CTE and Integrated Pathways, said he wants to help prepare middle school students for the future.

“Before going to high school, they should be able to decide on a path to college and career,” he said.

An interest inventory revealed that engineering was a field students gravitated toward. Soldmann had students conduct research about bridges, then work in teams to design and build the strongest bridge possible with 200 Popsicle sticks, glue, and binder clips. Students plan to test their designs by seeing if the bridges can hold a stack of textbooks.

The project has helped to build both academic and social skills, Soldmann said.

“It gives them an opportunity to collaborate with each other and it empowers them to think outside of the box,” she said. “They’re able to form new relationships and friendships as they transition from elementary to high school.”

“It’s challenging,” said Jacqueline Estrada, who recently promoted from Zimmerman Elementary School and will be starting at ROHMS in August. “We collaborate with other people and it takes time to figure it out.”

Xavier Spencer, who is coming to ROHMS from Sycamore Hills Elementary School, said that interacting with new people was more challenging and maybe even more rewarding than the project itself.

“It was kind of hard when we didn’t know each other,” he said. Now, he will have a group of new friends with whom to start the year. 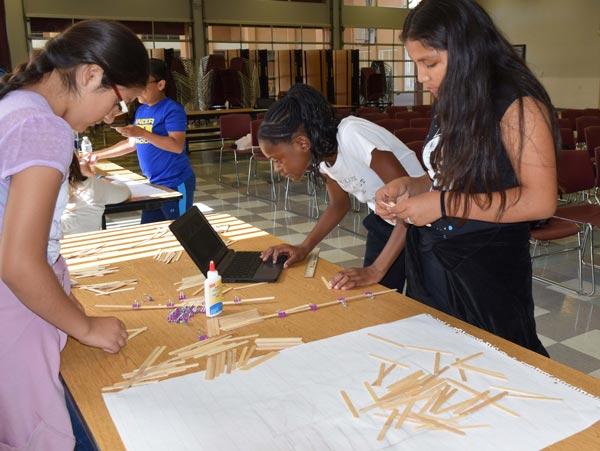