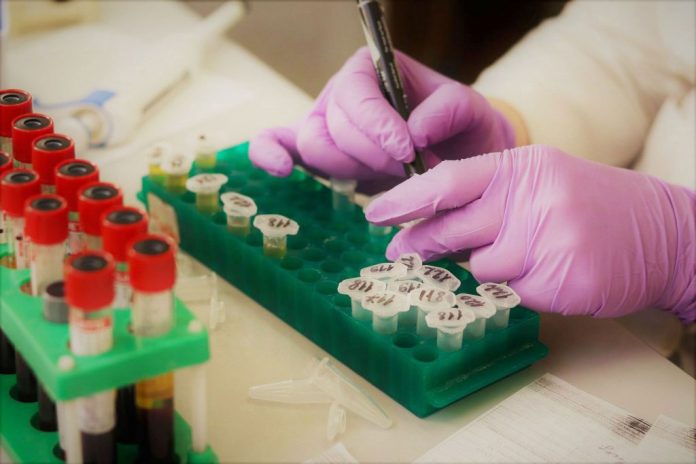 I’m a teacher and I have never had an interest in the medical field but becoming a survivor of Neuroendocrine Tumors (NET) changed me. I am a busy mother of two with a full-time career with an unusual hobby. I spend my evenings and weekends researching NET and other related conditions. This hobby was born from personal necessity as I started my journey with the illness.

Neuroendocrine tumors or NETs begin in certain cells and secrete hormones in quantities above and beyond normal ranges. These excess hormones produce dangerous symptoms. Hormones called adrenaline (the “adrenaline rush” we all know about) and noradrenaline are produced, which can increase heart rate and blood pressure to dangerous levels. The exact cause of NETs is not known but family history and genetic make up are significant contributors.

My medical episodes began about six years ago as a slight feeling of adrenaline. They happened once a month and lasted a few minutes. Thinking my blood sugar was low, I would eat a snack and go on with my day. At my annual physical I told my doctor about them and asked if my hair loss, flushing episodes, and unhealthy nails were related to the adrenaline rushes too. She suggested it was probably stress related but checked my thyroid just in case. When the test results came back normal she concluded it was all stress related and that I should consider getting a new job. I left her exam room feeling defeated and my symptoms ignored.

Over the next two years my episodes worsened. They occurred more often and lasted longer. I had a particularly rough one while at work in 2015 that made me feel instantly nauseous. It felt like when my blood pressure dropped dangerously low during the birth of my daughter. That evening, another episode hit so, I ran for my blood pressure cuff. To my surprise, my BP was not low but very high.

I described my symptoms to a new doctor to which she callously responded, “Wow, sounds like adrenal cancer. That is so rare, it would be amazing to diagnose that at my age! But it is too rare, so I know you don’t have it.” The thyroid testing came back normal and no tests were ordered on her suspicion of cancer.

I knew I needed to find my own answers, if I could not get help from my doctor. I started tracking my episodes on an app. I documented my BP and symptoms. I took this information to my doctor at my next annual physical. Her face turned white at the sight of my data. This time she said nothing but started writing up orders for the lab. I had blood drawn and was told to do a 24-hour urinalysis. I was not given any information about what she was testing for.

I finally received news of my condition on Back To School Night at work. The news was relayed on the phone by a nurse who casually told me that I have a pheochromocytoma, which she couldn’t pronounce. She told me I would get a call from the endocrinologist and hung up. The nurse’s demeanor being so light and casual made me do quick research on the condition expecting something common and easily corrected. However, right before meeting a roomful of parents I read that I have a rare adrenal tumor. I was devastated.

That weekend I did an extensive internet search and joined Pheochromocytoma and Paraganglioma Support Groupon Facebook. The support group was extremely knowledgeable and helped me learn so much about my condition. They kept files on symptoms, triggers, doctors, treatments, and necessary follow ups.

I now had knowledge about NET cancer but was still getting nowhere with doctors. There was no sense of urgency on the specialist’s part. I was able to get an appointment three months later! During the wait my General Practitioner ordered an MRI and the tumor was confirmed.

My episodes were coming more often and lasting longer. For about a week straight I experienced four to five 30-minute episodes a day. During the episodes my blood pressure would soar, I’d have a migraine level headache, nausea, and uncontrollable muscle spasms in my legs and back. The episodes occurred while I was teaching, cooking dinner for my family, or even driving. I called the endocrinologist for a sooner appointment and as I was about to be transferred to appointments by a nurse, I broke down in tears to her and explained how I was living. I told her I couldn’t go on like this. Miraculously, she got me in the next day.

I was so relieved to see a specialist. Finally, someone who could help me. Surgery was scheduled immediatley and the tumor removed. Three months after surgery I called my GP to ask about follow up tests and scans which I learned were necessary from my Facebook support group. Her response, “Oh, I thought once it was out you were good!” She said she would refer me back to the endocrinologist for follow up, but it never happened.

A year after my surgery I requested again at my annual physical for the necessary follow-up on the tumor. I was finally referred back to the endocrinologist. He did order all the lab work again to be sure I no longer had surges of epinephrine. I was also able to convince him to order genetic testing, which I learned about from my support group. I am currently waiting on the results.

I’ve learned that I will have to be my own advocate if I want to get the necessary care for my condition. Through my struggles with NET and our failing health system, I now urge everyone to be their own health advocates. Have a strong voice. Document everything. Don’t give up. Save your life the way I saved mine.