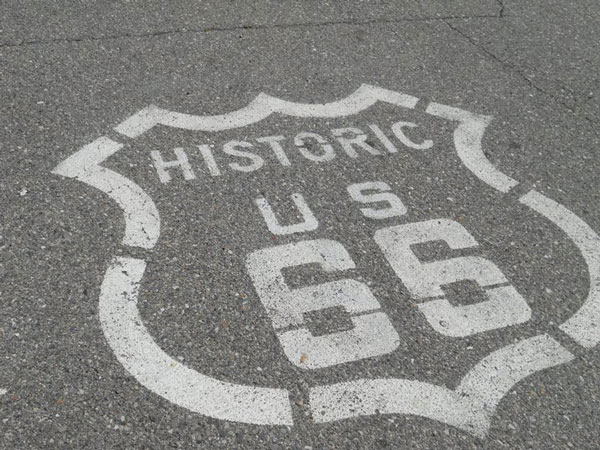 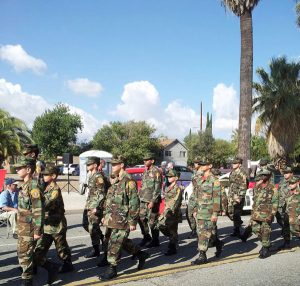 The 17th Annual Veteran’s Day Parade & Car Show will be held on E. Street in San Bernardino on Saturday, November 5, 2016. The parade will begin at 10:00 AM, beginning at San Bernardino High school and ending at the Inland Empire Military Museum and McDonald’s Museum at 14th and E. Street, which is historic Route 66. In addition, the E Street Cruizers Car Club will hold a car show on E Street. The street will be closed to through traffic from the high school down to Baseline.

The Veterans Day Parade Grand Marshall is US Army Veteran Russell R. Fritz. We are also celebrating the 90th anniversary of Route 66. The Route 66 Grand Honoree is David Knudson from the National Historic Route 66 Federation. Others who are being honored are Anthony Gonzales, Bob Lundy, and Luis Fuerte (the late Huell Howser’s long time cameraman on California Gold.) Riki Hendrix (cousin of Jimi Hendrix) and his band will be playing in the parade. Photographer Allen Freeman will be bringing models dressed in Red, White, and Blue and taking photos of the event. 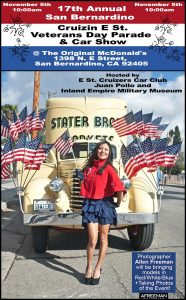