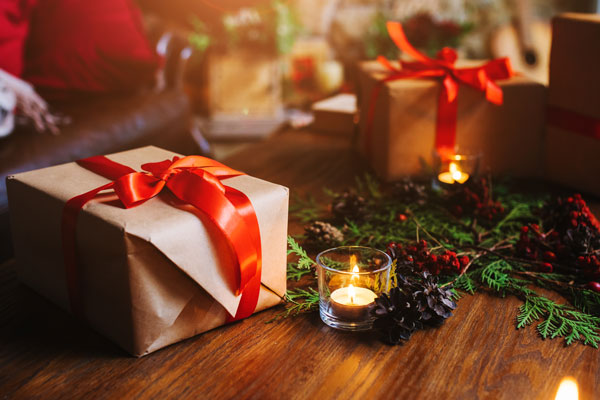 Christmas. Or the Mass of Christ, as it was originally called. Jesus’ disciples knew nothing about it. Neither did the Patristic Fathers.

The birth of Jesus was not celebrated by Christians until hundreds of years after His birth. Pope Julian was the first to use the word in 345 A.D.

At that time there were two competing religions: Christianity and Mithraism. Because of Emperor Constantine, Christianity won out. They immediately engaged in syncretism. This was the process of incorporating other beliefs and practices into Christianity.

Matthew and Luke state that at the time of Jesus’ birth, Mary His mother was a virgin. Strange as it may seem, this uniqueness was rather common in ancient times. For example: Zoroaster, Mithra, Perseus, Horus and Krishna were all alleged to have been born of a virgin. It was as a sign of purity.

Helena, the mother of Constantine, arbitrarily established the location of Christian sites in the Holy Land. For example, the location in Bethlehem of the birthplace of Jesus.

I’ve been there. The Cathedral is entered through a small door. At the back of the Chancel is a stairway descending about 20 feet. At the bottom is an ornate altar and a silver star with a one foot hole in the middle. Looking into the hole there is a light about twelve feet below. That is the place where Jesus was born. So it is believed.

Did you know that the Wisemen never came to the manger? The Gospel of Matthew states they came “to a house.” Tradition says there were three magi. Only because three gifts are mentioned: gold, frankincense and myrrh.

Again, tradition says they were named: Balthazar (the oldest), Melchior (middle-age), and Caspar (a young man).

There are huge limestone caves in the area that shelter the animals. The time of the manger story is most likely to have occurred in the Spring of the year.

A few years ago a Southern California University had a Christmas display on campus. Several sidewalks were lined with giant Christmas cards-designed by students in the Department.

The winning exhibit was a card with Santa Claus hanging on a cross. It symbolized the commercialism of Christmas. Where does God fit into this crass secularism?

It’s time to wake up to the realities of Christmas. Guizot was a great French painter. One of his remarkable paintings depicts the shepherd scene. The lower left shows several shepherds gazing up into the sky. Dimly portrayed-in the upper right- are several angels, singing. It is so real one can almost hear them.

“Glory to God and peace on earth.” BUT, surrounding the shepherds, fast asleep, are several sheep dogs. They don’t see or hear the angels. The depiction should be obvious.

Emmanuel is the real message. “God with (in) us.

A few years ago I was Protestant Chaplain on the Ship Hope in Tunis, Tunisia. Upon arriving there I was asked to preach each week at the Anglican Church-the only Christian Church in Tunisia. Their priest had become ill and went back to England.

On Christmas Eve I participated in three services: at the church, on the ship and with the Catholic priest at the Midnight Mass.

I ended my sermon at the Anglican Church by telling the story of Handel’s great oratorio, The Messiah. Written in 21 days, it was sung for the first time in 1741. The British king, George II was present at the presentation. I reminded them that at the singing of the Hallelujah Chorus, the king stood and the entire audience did the same. To my complete surprise the audience to whom I shared the chorus, AROSE as I repeated the words to the Hallelujah Chorus. This practice continues to this day.

As the pastor came early, he noticed that the baby Jesus was absent. Someone must have stolen it. A few members came early also. Who had stolen the Christ child? Suddenly the nine year old kid, pulling a red wagon strolled up with the Christ Child in the wagon. When asked why he had the Baby, his answer solved the problem. “I promised the Baby Jesus that if I got a red wagon for Christmas that I would take Him for a ride in it.”

Finally, Stella and I wish all who read this article a very Merry Christmas and a wonderful and prosperous 2017.

May God’s Best Be Yours, Always.