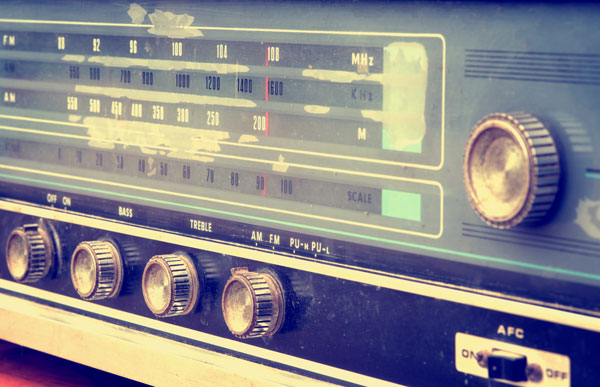 I am a musical enthusiast. Incurable. In fact, I can hardly remember when I wasn’t. Probably for about eighty years; since I was nine years old and started taking trumpet lessons.

In the succeeding years, I’ve also played a valve trombone, a baritone horn, a bass fiddle and a snare drum. Recently I’ve been making an attempt to learn the harmonica.

But it’s music that thrills me. I’m really an addict. My singing voice is long gone, but these days I’m a “scat” singer. Contrary to what Satchmo Armstrong said, “If you can’t sing scat, you ain’t black.” I do and I’m not black, but I still do scat.

About the only kind of music that I’m allergic to is Bluegrass and Rock ‘n Roll. Otherwise, name it and I’m into it. From Gospel, Dixieland, Swing, Jazz, Opera, Mood, Band, Musicals, Country, Orchestras to Instrumental, even piano and organ solos.

Along with scat singing, I’m prone to making up my own words and tunes. Half of the time I forget most of the words of songs.

I love to sing along when anyone is singing “The Star-Spangled Banner.” Lustily but not good. My favorite spontaneous song is “Old McDonald Had A Farm.” I know umpteen verses.

My favorite “mood” music is Christmas music. I’m always good for a rendition of “I’m Dreaming of a White Christmas.”

Beside my vocal interest my musical career has also involved choral directing and instrumental group participation. I’ve been a director for ensemble groups and choirs from ten to a thousand singers.

My basic instrument was the trumpet. I’ve played the trumpet in marching bands, dance bands and in symphonies. A few years ago, I switched from the trumpet to the baritone horn. In fact, for 2-3 years I played in the popular 4th of July band in Redlands. But no more.

Outside of band music, there is very little music that doesn’t have words to be sung with music as support. This is particularly true when it comes to Country and Western and Gospel music.

I’m particularly fond of religious music because it is the vehicle for Christian theology. George Beverly Shea was as popular as Billy Graham. What would his rallies have been without Cliff Barrows?

Since my retirement as a pastor, I have visited many churches, from a handful of members to churches with many thousand members. Not one of the growing churches were without a vibrant musical service.

There are two different styles of worship. The formal, traditional type of worship and the current free styles. Their music reflects the two styles.

There are churches that emphasize traditional hymns and anthems; with organ accompaniment and the music that is called “Praise Music.” They usually have a band with guitars and drums. The choruses are very repetitive.

The attendance seems to be reflective of their style of music. Younger people and the fundamentalist emphasis is more praise music oriented.

Traditional hymns have older worshipers along with that type of music.

It is very difficult to print the words of “praise music”, because they change with the church. It is very creative.

I’m more acquainted with the traditional music. The hymns are familiar in all the older type churches.

Stella and I usually visit drastically different services on a Sunday morning. The first is a Catholic Church with several hundred worshipers each Sunday morning. Early, at the 7:30 A.M. Mass. The music is a mixture, with singers – a beautiful voice – a guitar and piano. We thoroughly enjoy it; a mixture of traditional and contemporary music.

The second service at 9:00 A.M. is Methodist. It normally has an attendance of about 25-30 worshipers. The music is excellent with a small choir (7-9), an outstanding conductor and a great organist. The music is usually traditional; with a mixture of praise songs.

I’m more comfortable with hymns like “How Great Thou Art”, and “Holy, Holy, Holy.” My favorite Gospel song of all time is “The Love of God.” Here is a portion of it. “The love of God is greater far, than tongue or pen can ever tell. It goes beyond the highest star and reaches to the lowest hell.

“If every stalk on earth a quill and every man a scribe by trade; Could we with ink the ocean fill, and were the skies of parchment made; to write the love of God above, would drain the ocean dry. Nor could the scroll contain the whole though stretched from sky to sky.

“O love of God how rich and pure, how measureless and strong. It shall forever more endure, the saints and angels’ song.”