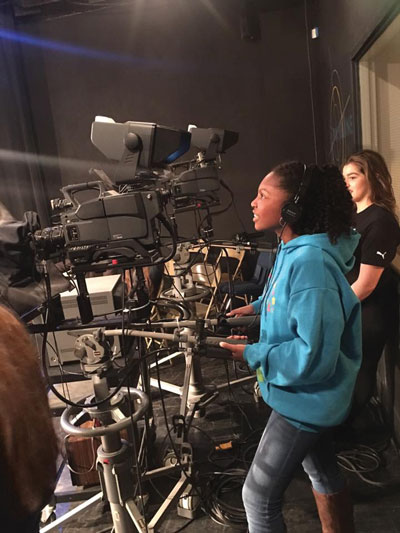 San Bernardino Valley College (SBVC) is giving K-12 students and the community a glimpse into the art of filmmaking with its monthly lab series.

The Inland Empire Media Academy (IEMA) series was developed to help students find their voice and develop an appreciation for the art and craft of film and visual storytelling. Labs, free to elementary, junior and high school students and $15 for members of the community, are held on Saturdays and participants can expect to receive a broader knowledge of film, TV and media production.

“This is a great way to learn about everything that goes into making a movie or TV show right here in San Bernardino,” said IEMA Director and SBVC Radio, Television and Film (RTVF) Instructor Lucas Cuny.  “It also gives people a chance to work with state-of-the-art technology and learn about the RTVF program here at SBVC.”

In the final lab of 2019, SBVC presents “Experimental Film” on November 16. This lab, taught by SBVC’s Miguel Tarango, explores abstract and experimental films, new ways of thinking regarding content creation and expression and allows students to implement their visions using found footage.

The series goes dark in December and restarts in January 2020. All labs are from 1-5 pm in SBVC’s Media and Communications Building, Room 142.