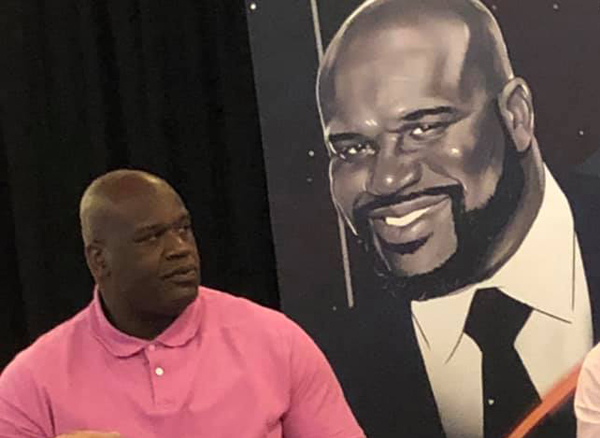 As if an MJ documentary wasn’t enough, TNT recently aired the season premiere of “Shaq Life.” A show that covers Shaq’s life outside of working on Inside the NBA on TNT. We got to see Shaq’s relationship with his family, his MMA training, as well as his entrepreneur side and DJ career where he has made a name for himself as DJ Diesel. So let’s get into Shaq’s life.

The first couple episodes of the show highlights Shaq’s entrepreneur side. He joins the board at Papa John’s, who are recovering from the leave of their spokesman after racist comments he made went public. The episodes highlight the backlash Shaq got from joining the board, with some people saying some things that really got to him. But, he is Shaquille O’Neal, he got through it, established his own Papa John’s in Atlanta, and has helped get the company back on track.

Another highlight in the show is DJ Diesel. The show follows Shaq throughout his DJ world tour. And, it was a struggle for him at the start. His first couple shows in the EU did not go well, with much turmoil among his team. But Shaq found a way, and nailed it during his biggest test: Lalapalooza, where his performance went viral, and helped establish him as a legit DJ, not a “celebrity” one.

The next thing about Shaq’s life may come as a surprise- his MMA/jujitsu career. As part of him getting back in shape, Shaq trains at a legit MMA training facility. He learns jujitsu, and prepared to fight a real pro. Shaq holds his own, pulling off some incredible moves for a guy his size. He stuns everyone, and is able to tie against a world class jujitsu artist.

But what really makes the 3 time Finals MVP special: his relationship with his family. Shaq throughout the show checks in with everyone in his family. If they need anything, he does whatever he needs to help. He watched his oldest daughter graduate, and his son, Shareef, who’s currently enrolled at UCLA, step back on the court during the Drew League after a major heat surgery. Lastly, he helps his up and coming son Shaqir work his way up to become one of the best high school prospects out there. He works him out, while having fun, and prepares him for the challenges in basketball to face.

Overall, “Shaq Life” really gave us a great example of how great Shaq, the person is. He cares for everyone, and wants everyone to succeed.

Hopefully we will see the show return for a season 2 on TNT!