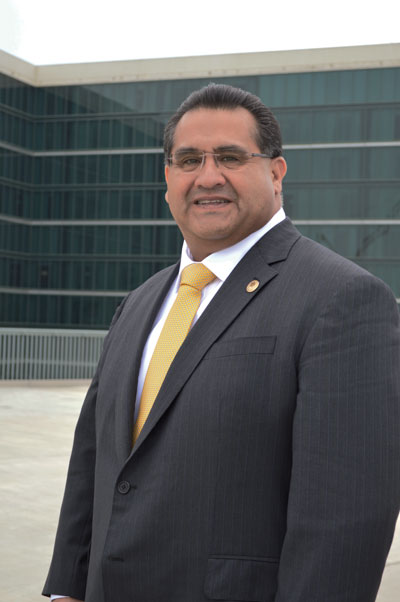 By Assemblymember James C. Ramos, a lifelong resident of San Bernardino County, who represents the 40th Assembly District and is the first California Native American elected to the Legislature and John Kabateck, the California state director for NFIB, the nation’s voice of small business since 1943.

California and the nation have not endured a greater economic challenge since the Great Depression. The pandemic forced a shutdown of businesses, large and small. The brunt of these closedowns has fallen on small firms.

Many small businesses, the engine of our state’s economy, have permanently closed because of the novel coronavirus. For some, additional blows came in late May and June due to arson, vandalism and looting.

Small restaurants, gift shops, hairdressers and boutique retailers, among countless others, employ our family, friends and neighbors who pay taxes and wages, contribute to charitable events and lend a hand to neighborhood schools, churches and nonprofits by donating products and services. They deserve a chance to survive.

There is another overlooked group of at-risk entrepreneurs, according to McKinsey’s U.S. Small Business Pulse Survey: 58 percent of minority-owned small businesses are “extremely” or “very concerned” about the financial viability of their enterprises. The figure is 68 percent for Native American–owned firms, compared with 47 percent for all U.S.-based respondents. Minority-owned small businesses in the nation are also more likely to have conducted layoffs or furloughs or to have shut down their business: 55 percent compared with 48 percent for all respondents.

These blows have left small businesses, especially those with 25 or fewer employees, tottering on the edge of financial ruin. To assist firms that are following the rules, I formed a coalition urging the governor and Legislature to offer them liability immunity involving COVID-19 if they are observing safety guidelines. Such protection would only cover the timeframe of the pandemic and would be revoked on Jan. 1, 2023.

My bill, AB 1035, would create a safe harbor. However, it would not shield businesses from employee or customer coronavirus lawsuits if the business is grossly negligent, engaged in willful or wanton misconduct or owners or employees practice unlawful discrimination.

No one wants to give a free pass to bad actors who endanger public health, but certainly we should not push business owners over the cliff if they are obeying measures their cities, counties and the state are ordering them to practice.

In the past, we have offered shelter from civil liability through the Emergency Service Act. My bill could make a difference for those small enterprises worried about frivolous lawsuits while they are teetering between continuing in business and permanent closure.

I am proud to reveal the bill’s supporters include the National Federation of Independent Businesses as well as local businesses such as Big Mike’s Rooter & Plumbing, the Jovis Diner, the Pool Club Sports Bar & Grill as well as nonprofits such as Lighthouse for the Blind and Habitat for Humanity.

By removing threats to small businesses we can help ensure a stronger economic recovery by preserving job creators and saving jobs. AB 1035 would throw a lifeline to businesses, allowing them to reopen with greater confidence.

In April, MetLife and the U.S. Chamber of Commerce released a survey revealing that one in four small businesses across the country temporarily shut down because of the pandemic. The study also reported that 43 percent of surveyed companies estimated they were less than six months away from being forced to close permanently. Eighty-nine percent of them had fewer than 20 employees, according to the study.

Small businesses are now confronting yet another jolt: new government-ordered shutdowns because of the persistent and still growing pandemic threat. Let’s give those good-faith entrepreneurs a hand by helping them escape closure.