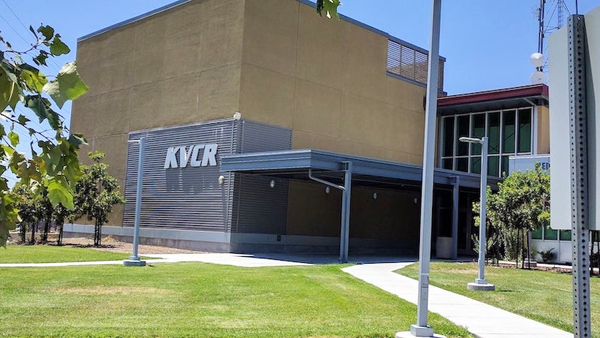 In response to community outcry against significant funding reductions to KVCR, the San Bernardino Community College District Trustees reached out to their state representatives for assistance.   The State Legislature came through to save this icon of the Inland Empire.  With the passage of AB 132, a state budget trailer bill dedicated to education funding, KVCR, the broadcast arm of SBCCD, will continue as the only Inland Empire operated public media outlet.  Earlier this year, Majority Leader Eloise Reyes (D-San Bernardino), Assemblymember James Ramos (D-Highland), and Assemblymember Freddie Rodriguez (D-Chino) sent a letter to the Assembly Budget Committee requesting funding that would continue the operations of KVCR.

Due to the fiscal challenges from the COVID-19 pandemic that impacted California’s community colleges, KVCR was at risk of funding cuts that would have resulted in the loss of flagship programs that serve the largest audiences and heavily incorporate local reporting, such as Morning Edition and All Things Considered, as well as PBS Kids.

“This funding ensures that KVCR can continue to operate for the benefit of Inland Empire residents through continued coverage of our diverse region and communities.”  Majority Leader Eloise Reyes continued, “SBCCD is one of the only community college districts in the country to have its own public service media outlet, and the benefit to our community through educational programming, news, and public service information is invaluable.”

“KVCR is a treasure in the Inland Empire, offering news and also rare cultural content such as Native American broadcasts that air across the country. KVCR enriches this region and adds diverse informational, educational and entertaining programming here and beyond its transmission area. Supporting KVCR is a benefit to all. ” – Assemblymember James C. Ramos

“We all look forward to continue hearing the familiar voices of KVCR on the radio across the Inland Empire. For over 60 years, the public programming TV and radio programs have become something many families rely on for their news and entertainment. This important investment in our region will benefit the community for years to come,” said Assemblymember Rodriguez.

AB 132 provides $4,015,000 to SBCCD to continue the operations of KVCR which has proudly served millions of Inland Empire students and Southern California residents since the 1950s. KVCR-TV was the first PBS station in Southern California, the second one in the state, and is a PBS national legacy station. Serving radio listeners in the Inland Empire region for over 60 years, 91.9-FM KVCR has been the most trusted source for information and cultural programming for over 2.3 million people living within its broadcast footprint. KVCR, a local NPR affiliate, is the only radio news station in the region. With over 20 local newscasts per day, KVCR provides Inland Empire residents with important news, weather, and traffic information not available on any other broadcast station.

In addition, KVCR is proud to provide the only television channel in the United States devoted 100% to Native American and World Indigenous content. First Nations Experience (FNX) is distributed nationally over the PBS satellite system and broadcast on over 40 transmitters to hundreds of communities and tribal territories across the U.S. from Alaska to New York. FNX is accessible to over 70 million households throughout the country, many in underserved and marginalized communities.

KVCR is the only PBS/NPR/Native American content provider for the Inland Empire. KVCR-FM is an important part of a key statewide public radio consortium that collaborates to provide timely and relevant news coverage of events and major stories that affect California residents across the state. KVCR-TV is also part of the California Public Television group that collaborates on statewide issues and content.

Throughout the COVID-19 pandemic, KVCR has focused on providing timely and accurate information regarding COVID-19. KVCR has also collaborated with local school districts to provide coordinated at-home learning TV content and educational materials to teachers and students.