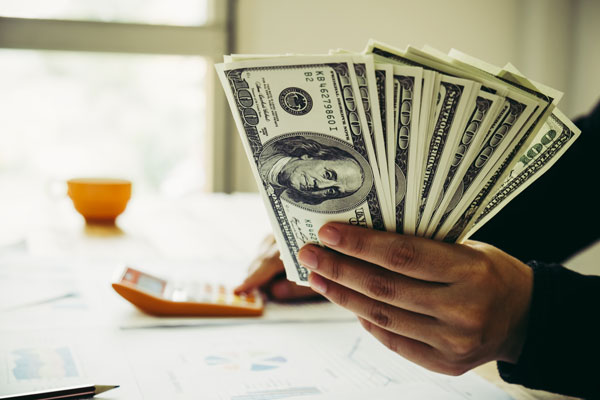 The word “Ezekiel” sounds like one of those cure-all medications that’s advertised on TV. But it isn’t. It’s a man’s name. A famous man. He wrote one of the books in the Old Testament.

In Chapter 18 verses 1-3, he tells of a popular proverb or dicho that is quoted by the young, “OUR FATHERS HAVE EATEN SOUR GRAPES, BUT OUR TEETH ARE SET ON EDGE.”

Why and what does it mean? Here’s why. In the 700’s B.C.E. the Jews had stopped obeying Jehovah, and He punished them by allowing the Assyrians to defeat them and take 10 tribes as captive. They were never heard of again.

Two hundred years later, the other two tribes were defeated by the Babylonians and they were slaves. The young people resent what has happened to them and compose the proverb.

Their fathers are at fault and now they are feeling the brunt of their disobedience. Then Ezekiel steps in and says to them; “As the Lord thy God lives, Never Say That Again.” In other words, “Get over it,” “Assume responsibility for yourself.” Quit being crybabies; go brush your teeth.

For us it means we have a responsibility. It is our choice.

The Bible is made up of Parables, Mythic stories, Proverbs and Figures of Speech. Parables like The Prodigal Son. I suggest the story is not the MESSAGE.  It’s about a wayward son. The message is about the father. He represents God. He looks for all of us and runs to greet us. That’s the message.

Let me illustrate. The Garden of Eden. Adam and Eve. Adam means “man,” and Eve means “woman.”  Their story is not the message that is often portrayed.

The message is simple. We each have the power of CHOICE and COMPENSATION. In all of creation, this is a unique feature for us humans. Joshua said it succinctly, “Choose you this day.” Compensating is a valuable expression. It is a part of choosing.

The Bible is also filled with mythic examples. From Ancient Sumerians, Egyptians and Greeks, there are many examples of symbolic talking snakes, giants, catastrophic events, and large animals swallowing humans.  These are translated in the Bible. A snake talking to Eve, a giant (Samson) pulling down a building, a flood with Noah, a great fish swallowing Jonah. They are stories, but not the message. The message is always that we have a choice and can compensate.

I’ve been researching the human species. Especially Homo Erectus, Homo Heidelbergensis, Homo Neanderthals and Homo Sapiens. What did all of them have in common? In my opinion they all possessed the potential of CHOICE and responded to a constant change (compensation) and an ever-expanding, brain-thinking process. I translate, Never Say that Again, to SAY THAT AGAIN.

LIFE BEGINS AT FORTY is a dangerous proverb. For the young it is anticipatory. For the older people it is often regrettable. Depending on one’s attitude. Dr. Scott Peck began his book, “The Road Less Traveled” with a three-word paragraph, “Life Is Difficult.” I’ve never met anyone that would deny it.

Two suggestions to help us deal with the difficulties: James Baldwin was a great novelist. As a black man he had many obstacles. He said, “The challenge of living is to be present in everything you do; from baking bread to making love,” I’ve changed the last phrase to: “from getting awake in the morning, to going to sleep at night.”

When I was in college, 72 years ago, I took a class on English poets. Elizabeth Barrett Browning was one of the poets. I’ve never forgotten one of her lines. “Earth’s crammed with heaven, and every common bush aflame with God. But only those who see take off their shoes. The rest sit around plucking blackberries.” The message is to be aware of all things, particularly the God given things and the ordinary bushes. To appreciate the potential of each day is the challenge.

A few years ago when I was pastor of the largest Methodist Church in Orange County, I was relaxing in my easy chair prior to lunch. The TV was turned to the Merv Griffin show. His guest was Rose Kennedy.

Remember her? Her husband was Joe Kennedy, former Ambassador to England and a billionaire, having been a bootlegger in the 20’s. She lived to be 104 years old, but at that time she was in her 80’s.

A very devout Catholic, she attended Mass every day. She was the Mother of nine (9) children. Her husband was a noted philanderer. The oldest, Joseph, had died in a plane crash in World War II; John F. had been assassinated in Dallas, Texas; Bobby had been killed in LA; Teddy was an alcoholic and had left a girl to drown; a daughter was in a mental hospital.

As I watched the show, Merv told the audience of her faith and her sadness and difficult life. His punch line was, “Rose how could you deal with all that has happened to you?”

She literally jumped out of her chair and with blazing eyes said, “I would not be VANQUISHED.” I jumped too and ran to get closer to the T.V. Rose got close to Merv and pointed her finger at him and repeated in a strong voice. “I refused to be vanquished. I would not give up. I would not quit.”

What did she mean? She refused to be a victim or feel sorry for herself.

Everyone Counts in the 2020 Census